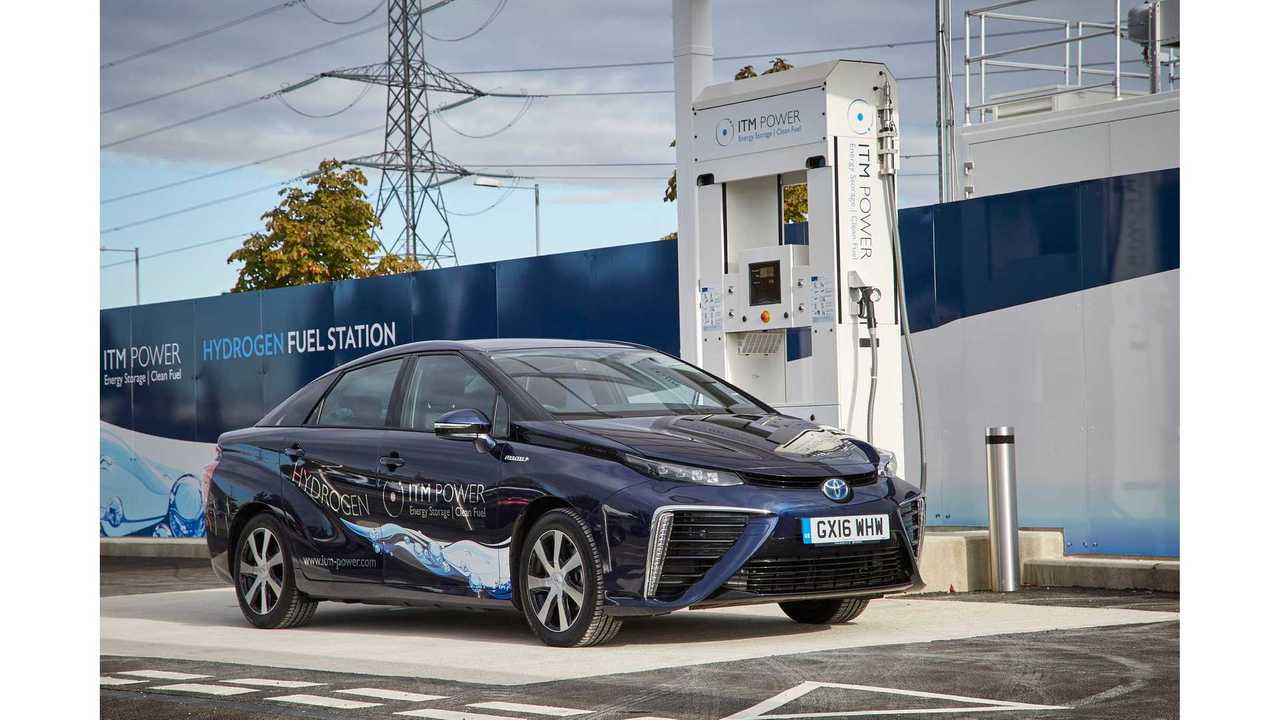 Tesla CEO Elon Musk and others have spoken at great length about the reasons why hydrogen fuel cells are inferior to batteries for automotive applications, but others, particularly in Japan, do not agree. The leading proponent of fuel cells is Toyota, which has been selling the Mirai fuel cell vehicle since late 2014, and hopes to be selling 30,000 hydrogen vehicles per year by 2020. Things haven't been going so well. This week it's been reported that, "Toyota Motor Corp said on Wednesday it was recalling all of the roughly 2,800 zero-emission Mirai cars on the road due to problems with the output voltage generated by their fuel cell system." 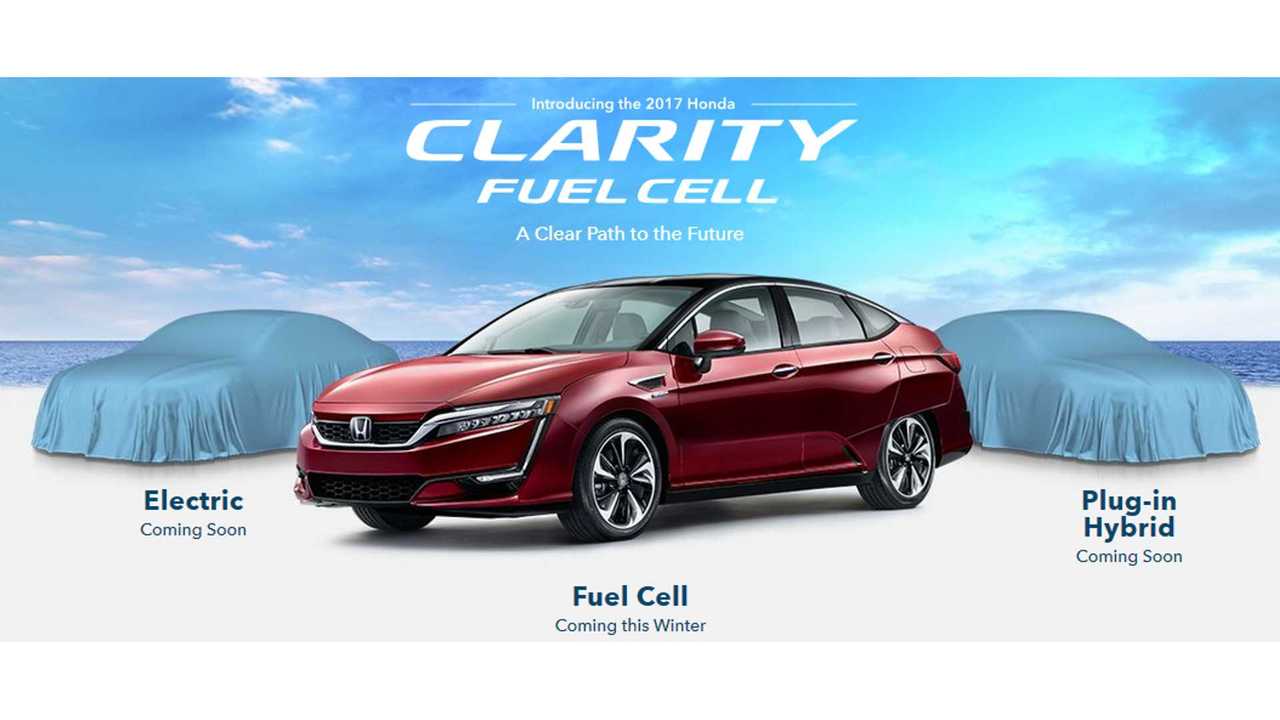 In Japan, fuel cells are seen not only as an automotive technology, but as a way to store energy for residential and industrial use as well. The ENE-FARM program had installed over 120,000 residential fuel cell units as of 2015, and the government has set a target of deploying 5.3 million by 2030. Toshiba’s H2One includes a fuel cell, an electrolysis hydrogen generator and an electric battery in a standard shipping container. It produces electricity and hot water, and can be used as a portable power source in disasters.

The city of Tokyo plans to invest $400 million in vehicle subsidies and hydrogen fueling stations in order to showcase fuel cell technology at the 2020 Olympic Games. Toyota hopes to have 100 fuel cell buses operating in the nation’s capital by then. Prime Minister Shinzo Abe has become an advocate. “Hydrogen energy is an ace in the hole for energy security and measures against global warming,” Abe said in January. “Thanks to deregulation, a hydrogen society of the future is about to begin here in Japan.” 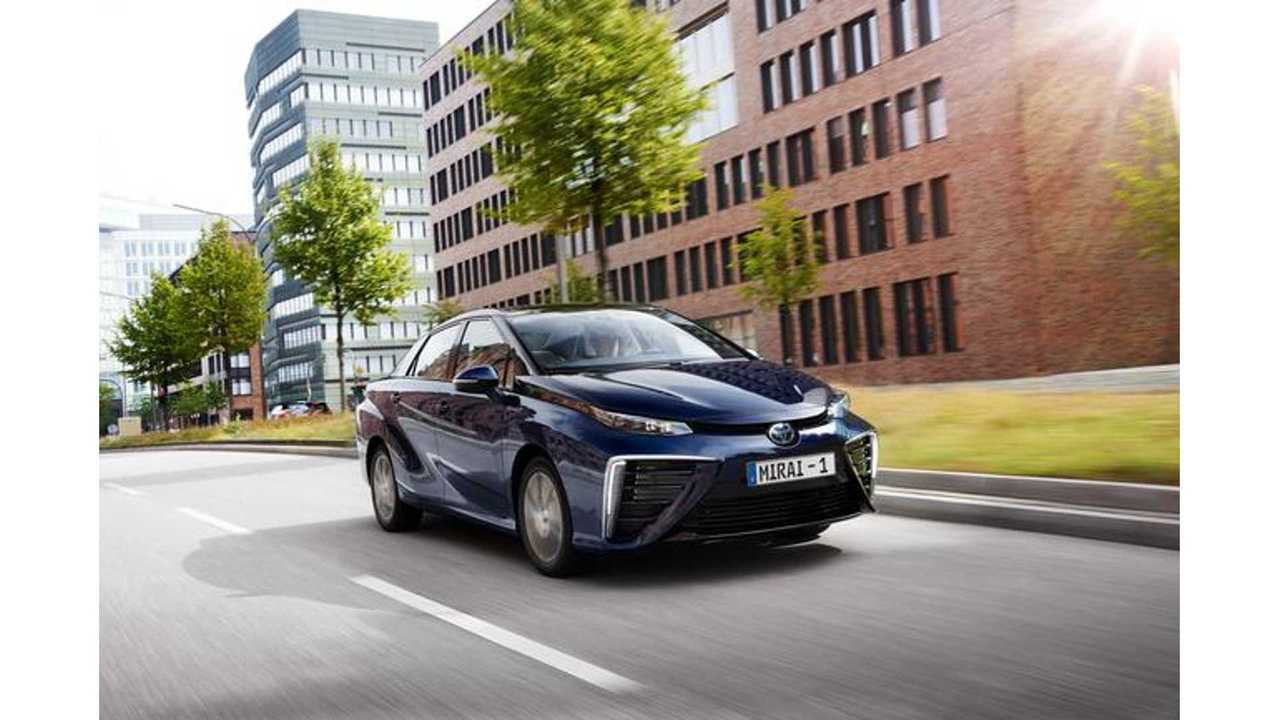 Toyota Mirai out for a spin

In the wake of the nuclear disaster at Fukushima, Japan is looking for new ways to reduce emissions and reliance on imported fuels. Currently, most hydrogen is produced from fossil fuels, but the Japanese government hopes to find ways to produce it from renewable sources by 2040. The debate over fuel cells has been going on for decades. Detractors are fond of saying, “hydrogen is the fuel of the future - and always will be.” The first thing to understand is that hydrogen is not a source of energy, but a means of storing energy, an alternative to batteries. Fuel cell vehicles (FCVs) are electric vehicles - they use the same electric motors and other powertrain components that Teslas and other battery electric vehicles (BEVs) do - only the energy storage medium is different.

Fuel cell vehicles have two advantages over current BEVs: they have more range, because a full tank of hydrogen stores more energy than today’s typical EV battery; and they can be refueled quickly, like a legacy gasoline vehicle. However, the technology of automotive batteries is in its infancy, and both the range and recharging time of BEVs are steadily improving. New technologies such as automatic wireless charging and/or dynamic (on-road) wireless charging may someday make the charging issue irrelevant.

Teslas at a Supercharging station

Back in 2003, when Martin Eberhard and Marc Tarpenning were laying their plans to create Tesla Motors, they considered many different energy storage mechanisms, including hydrogen, before deciding that batteries were the best choice. “Hydrogen is an energy carrier, not a primary fuel,” noted Tarpenning, “and unfortunately, it’s not a good energy carrier.”

The debate continues. In 2014, Green Car Reports published a list of questions for Hyundai, Toyota, and Honda about the viability of fuel cells. To their credit, the automakers responded. In January, Business Insider attempted to address fuel cell vehicles’ advantages in range and refueling time. In the meantime, Elon Musk has explained the technical shortcomings of what he calls “fool cells” many times. As an energy storage mechanism, hydrogen is less efficient than lithium-ion batteries (to say nothing of future battery chemistries). Hydrogen is even more volatile than gasoline, so storing it and transporting it are challenging. And using it in cars would require building a network of fueling stations, whereas the electricity to charge a BEV is already available almost everywhere.

Above: Comparing the two technologies and Musk's thoughts on hydrogen (Youtube: 5 hours ahead)

At the Automotive World News Congress in 2015, Elon said, “If you’re going to pick an energy storage mechanism, hydrogen is an incredibly dumb one to pick - you should just pick methane, that’s much much easier, or propane,” Musk said. He went on to note the complexity of producing hydrogen. “It’s just very difficult to make hydrogen and store it and use it in a car. If you, say, took a solar panel and use that...to just charge a battery pack directly, compared to split water, take hydrogen, dump oxygen, compress hydrogen...it is about half the efficiency.”