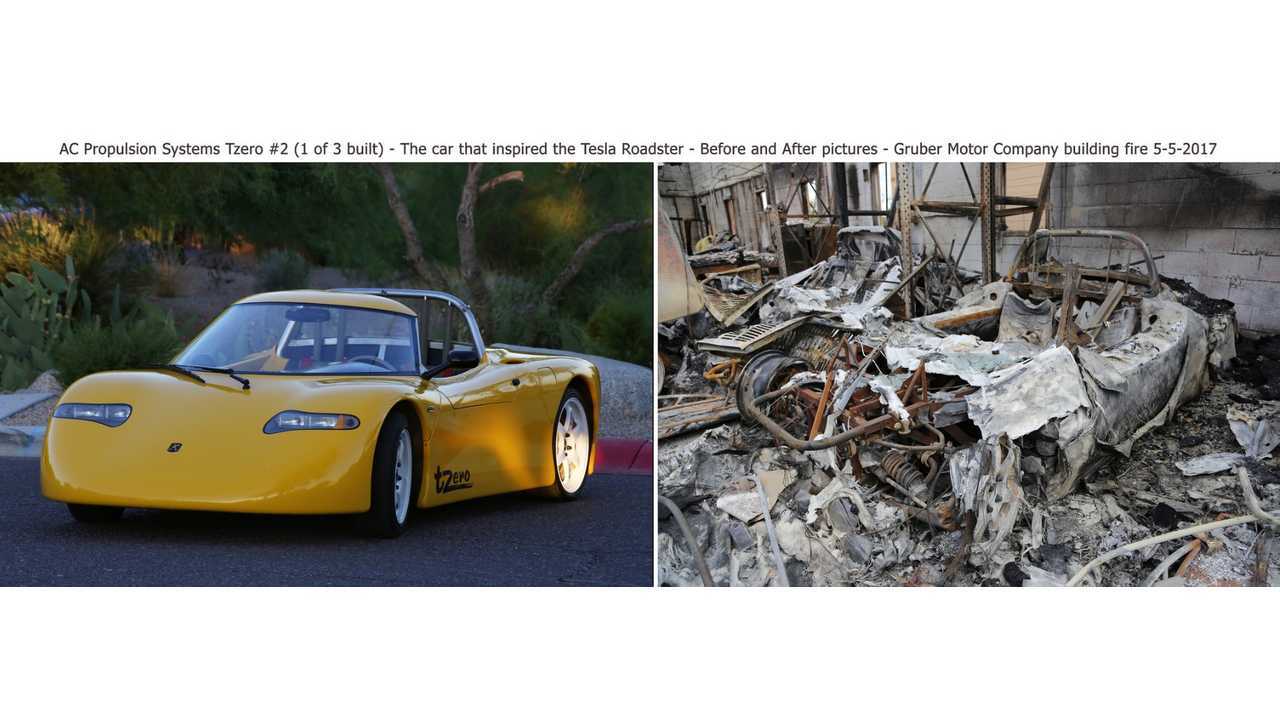 Tzero (Tesla Roadster predecessor) and Tesla Roadster lost in a fire caused by an experimental repair on a bricked Roadster (Image Credit: Peter Gruber via Flickr)

A garage that was practically a museum of electric car history burned to the ground last week in Arizona.

It was a sad day at Gruber Motors, home to several Tesla Roadsters, an original AC Propulsion Tzero, and an EV Smart, among other battery electric cars and parts. Apparently, the workers at Gruber were attempting an experimental repair on one of the Roadsters, when something went wrong.

The Tzero was the inspiration for the Tesla Roadster, and it was actually what was shown to investors to get support to move forward with the Roadster. AC Propulsion only built three Tzeros, but later supplied the initial electric drivetrain for the Roadster. According to discussion on the Tesla Motors Club forum, only two of the Tzeros were known to still exist as of last week. Now there is only one. 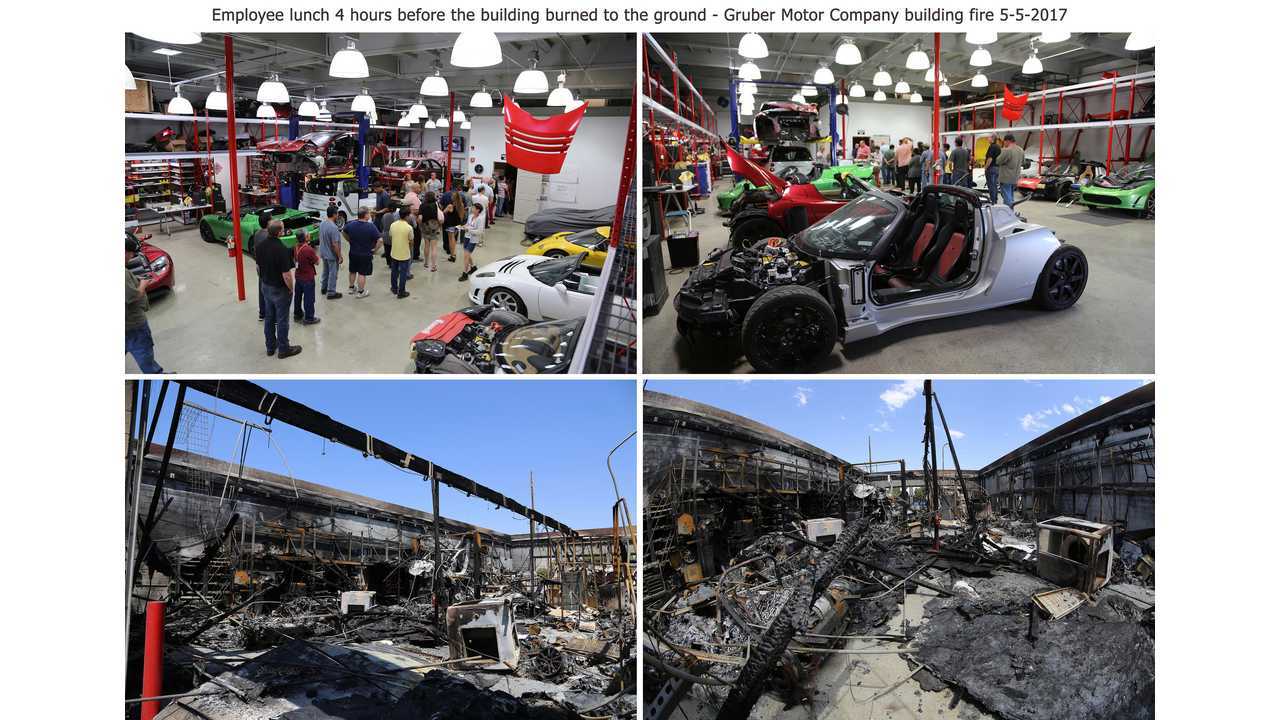 showing Gruber Motors just 4 hours before the fire, and the aftermath.

The fire also took with it six Tesla Roadsters, and basically everything else inside, and the building itself. There aren't many details as to the exact nature of the "experimental" repair, and it is not known for sure if the lithium-ion batteries were a cause, but it would be a sure bet that they fueled the fire to its 3-alarm status. Due to the batteries, the fire department couldn't simply spray water on the flames, without causing a "significant hazard."

Fortunately, no one was hurt in the incident, but the loss of iconic electric cars is devastating to Pete Gruber, the owner of Gruber Motors, and others involved.