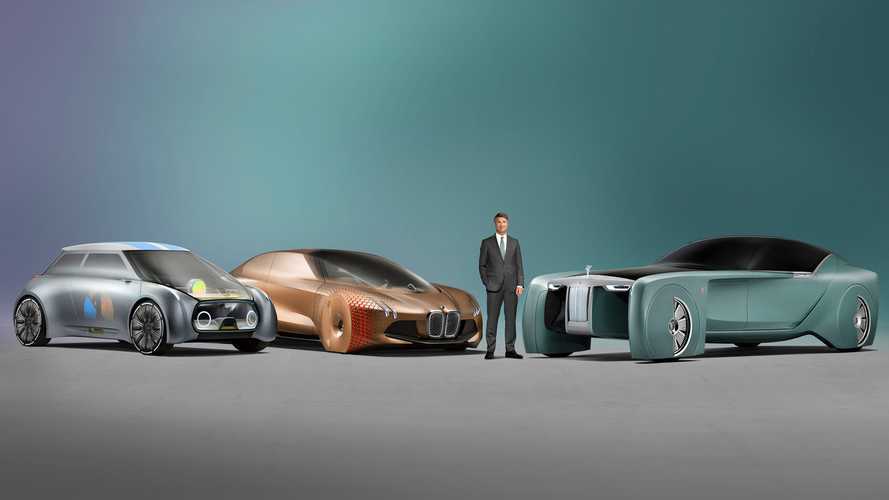 The BMW Group has announced its course for future mobility, which somewhat curiously includes both electrification and "clean" diesel engines.

This brings out a lot of mixed emotions for us, as truthfully, we loathe diesel promotion (or really even just straight ICE technology), but at the same time, BMW is also the most advanced "traditional" OEM when it comes to plug-in offerings (9), and overall plug-in market share inside the brand (up to 5%).  So we can't hate on the promotion of diesel inside BMW's rapidly shrinking non plug-in business too much.

BMW said that this year that will sell more than 100,000 all-electric or plug-in hybrid cars (offering nine BMW i or iPerformance models in total).

At the same time, the German manufacturer publicly defends Euro 6 standards diesel, because those engines "are just as clean or even cleaner than petrol engines".

We rightfully can't understand why one would want to promote diesel at the same time as plug-ins, especially considering the fallout from diesel of late (and falling sales), but we suspect it has something to do with putting a brave face on current product offerings...and also supporting those offerings which are too far along in BMW's product development cycle to stop.

“Sustainability is as much a part of us as Sheer Driving Pleasure. With BMW i, we were the first German manufacturer to make a clear commitment to electric mobility. But as well as emotion and pleasure, we are convinced that future mobility must be sustainable mobility. We are driving the transition as hard and as fast as possible and have launched more electrified vehicles than any of our established competitors.”

"However, electrification is not the only sustainable drive solution: “Future mobility will definitely depend on state-of-the-art diesels as well,” said Krüger, “because environmental protection has several dimensions: one of them is the fight against climate change.”"

Well, it's hard to say what the response will be. But again, we reckon that BMW is simply scared about the diesel fade in Europe and having some incongruent products.

Here is bulk of the explanation from BMW:

"Modern, efficient diesel engines ensure lower CO2 emissions and therefore make an important contribution to protecting the environment. In addition, when it comes to many unwanted emissions, diesels are just as clean or even cleaner than petrol engines. This can certainly be said of particulate, hydrocarbon and carbon monoxide emissions, meaning that three of the four major diesel pollutant issues have been resolved and no longer have any adverse effect on air quality. This is why the BMW Group is calling for objective discussions based on facts and scientific evidence.

In this context, the BMW Group supports the comprehensive measures of the “National Diesel Forum” aimed at further improving air quality in cities.

With regard to the current diesel debate, Krüger said, “For almost two years now, diesel technology which is cutting-edge, highly efficient and popular with customers has been deliberately and publicly discredited. This has caused tremendous uncertainty among millions of drivers and it’s not going to get us anywhere. The German automotive industry will remain strong in innovation: we will provide tomorrow’s mobility solutions.”

The BMW Group has repeatedly made clear that its exhaust treatment technologies are very different from others available in the market and the company continues to seek true competition in this area. The company categorically rejects allegations made by some media of non-compliant technology employed in diesel exhaust-treatment systems. “Investigations by authorities at home and abroad confirm that vehicles by the BMW Group are not rigged for testing purposes,” Krüger explained.

In addition to the ongoing optimisation of the internal combustion engine, the BMW Group is forging ahead with the roll-out of electric mobility. Moving forward, flexible vehicle architectures and manufacturing facilities will allow the BMW Group to decide at short notice which models and volumes to produce with what type of drive: highly efficient combustion-powered, plug-in hybrid or fully electric.

In 2017, the BMW Group expects sales of its electrified vehicles to exceed 100,000 for the first time in a single year, with the all-electric BMW i3, BMW i8, BMW iPerformance plug-in hybrids and the plug-in hybrid MINI Countryman all contributing to the figures. The company’s electrified range currently comprises nine electrified vehicles and will be further complemented in 2018 by the all-new BMW i8 Roadster. Shortly after that, battery-only solutions will be rolled out across the BMW Group’s core brands, with Plant Oxford starting production of the battery-powered MINI in 2019, and the battery-only BMW X3 following in 2020. The following year, 2021, will see the launch of the BMW Group’s new technology spearhead: the all-electric BMW iNEXT. This will be manufactured at Plant Dingolfing – a decision that underscores the importance of Germany as a base for future technologies and a centre of excellence for electric mobility."

To us, just the sheer word count BMW is using to attempt to defend its position of diesel alongside plug-ins in the future is enough to give us pause.  But then again, we likely aren't the most objective outfit on the subject to draw a final conclusion...just like BMW.