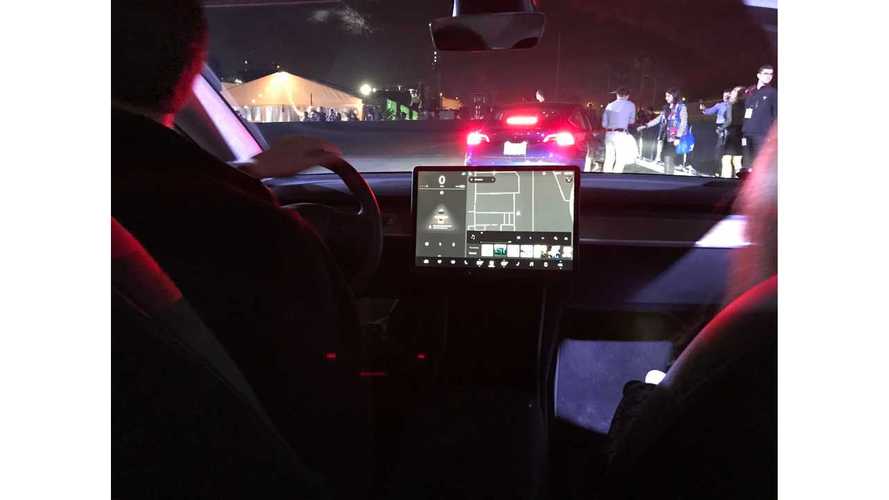 Now you can experience the Tesla Model 3 User Interface from the comfort of your own home or office.

Now that the Tesla Model 3 has been fully unveiled (sorta), there are many new views of the car's user interface (UI). Much unlike the signature, large touchscreens in the Tesla Model S and X, the Model 3's screen is smaller, and laid out in landscape configuration. It's also responsible for nearly every single function related to the car, because there is no traditional instrument cluster and very few physical buttons or knobs.

There is still so much we don't know about the Tesla Model 3.

The Model 3 interior has been the object of much anticipation and speculation since the day the car was first revealed. Since then, very little concrete information has surfaced. Even more recently, the only images of the screen and other interior details have come via spy shots. The recent rides at the Tesla Model 3 handover event brought a plethora of videos showing the UI up close and in action.

Thanks to UX/UI designer Andrew Goodlad, we have a mockup of the Model 3 UI. He took a detailed look at many of the recent videos and photos, and to the best of his efforts, created an interactive online Model 3 touchscreen.

Goodlad's project is still a work in progress. As new information presents itself, he can edit the mockup. Not all of the screen's functions have been discovered yet, and due to the short rides at the Tesla event, it was impossible to go through every menu and submenu.

Nonetheless, the interactive mockup gives us a really solid idea of the general layout, and while not everything is clickable yet, you can still play around with many of its features. Check out the Model 3 UI mockup below, and keep checking back because Goodlad plans to continually update it.