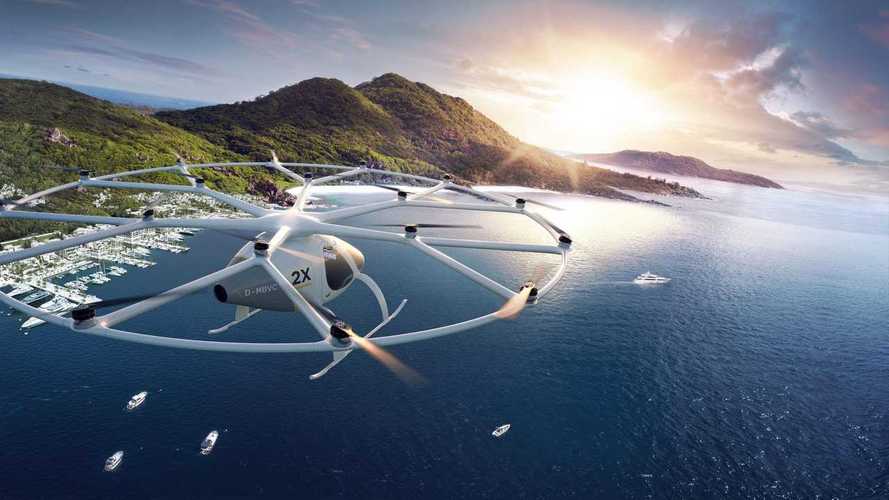 Public test flight scheduled for later this year in Dubai.

The innovative German company Volocopter has received a financial injection of about $30 million from a consortium, which includes automaker Daimler, technology investor Lukasz Gadowski, and other investors. The company is currently working on its purely-electric flying taxi called VTOLs, (eVTOL).

The fresh investment, Volocopter says, will “speed up the introduction process of the Volocopter serial model and conquer the market for flying air taxis” with its “safe, quiet and environmentally friendly aircraft, suitable for transporting two passengers.”

“The strong financial commitment of our new investors is a signal as well as proof of the growing confidence in the newly emerging market for electrically driven VTOLs put to use as personal air taxis,“ Managing Director Florian Reuter commented.

“We deliberately sought a mix of investors with strategic and entrepreneurial backgrounds and were able to implement this perfectly with Daimler und Lukasz Gadowski”.

First public demonstrations of the Volocopter will be conducted in cooperation with the state transport authority Roads and Transport Authority (RTA) in Dubai during the fourth quarter of the year. Dubai has been selected as a place for the demonstrations since it plans to carry out 25 percent of its passenger transportation with the help of autonomous means of transport by 2030.

Volocopter sees Daimler as a key strategic partner as automobile companies are “intensely interested in the mobility of the future - in autonomous driving or electrical mobility.” On the other hand, investor Gadowski has “enormous” experience with tech start-ups, which will be of “great value” for the company.

To speed up the process of development and commercial licensing, Volocopter will hire additional engineers specialized in the development of flight systems, software, and electric propulsion. Meanwhile, the company is also launching a new website.