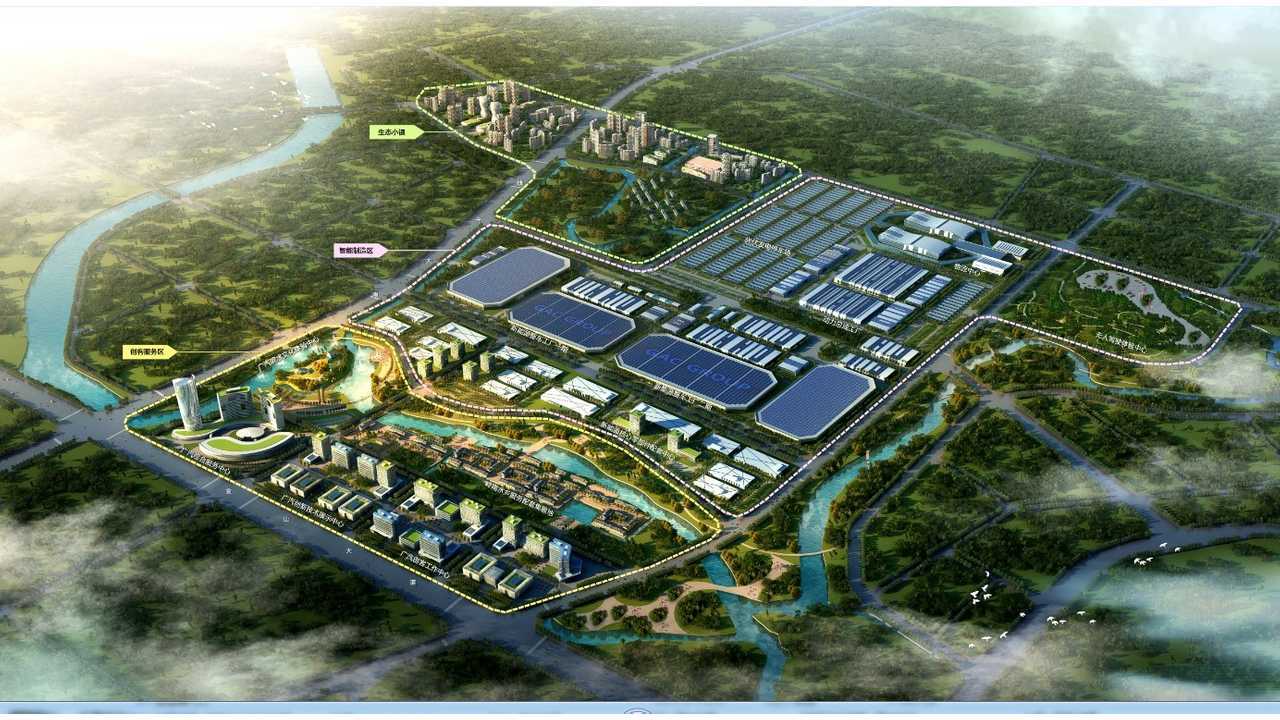 Some $679 million alone will be spent on the new electric vehicle plant, that should be ready by the end of 2018, and have a production capacity of 200,000 cars annually.

The company's first all-electric car, the GE3 (details) was unveiled by the GAC Motor earlier this year at NAIAS, while two plug-in hybrids GA3S PHEV sedan and GS4 PHEV SUV at the Auto Shanghai 2017 in April.

GAC Motor intends to launch at least 7 new cars (BEV, PHEV and HEV) in the next five years.

"Located in Guangzhou's Panyu district in China's southern Guangdong province, the industrial park has a planned area of 5 square kilometers. More than 45 billion yuan (US$6.5 billion) of investment, from both GAC Group and other enterprises that will locate there, are expected to be poured into the project. The new electric vehicle plant, part of the industrial park, is expected to be completed by the end of 2018 with a total investment of 4.69 billion yuan (US$679 million). which will provide GAC Motor with a production capacity of 200,000 units per year.

With a focus on smart manufacturing, innovative technologies and the development of an environmentally-friendly town, the industrial park's aim is to become a collaborative, intelligent, open, innovative, and green center of manufacturing for electric and intelligent vehicles. It is also plays a significant role in pushing forward GAC Motor's global branding strategy."

"With the aim of becoming a world-class brand with globalized research, production and sales, GAC Motor has signed strategic partnership agreements with the world's top 10 auto suppliers, including Aisin Seiki, Michelin, Continental and Faurecia during Auto Shanghai. The cooperation in product development, quality control, production supply and market expansion provides the strong support for GAC Motor to make the best quality automobiles.

"The planning and construction of this industrial park is a concrete step to implement the Chinese government's green development goals for Guangdong and the national 'Made in China 2025' strategy. The move will help promote the development of the automobile industry and drive economic growth."

"In the coming five years, we will push out at least seven new electric vehicle models and cover three product series including pure electric, range-extending and hybrid. Our goal is for GAC Motor to take the lead in the EV business and achieve sales of 20,000 electric vehicles by 2020."