Tesla Solar Could Power The World Of The Future 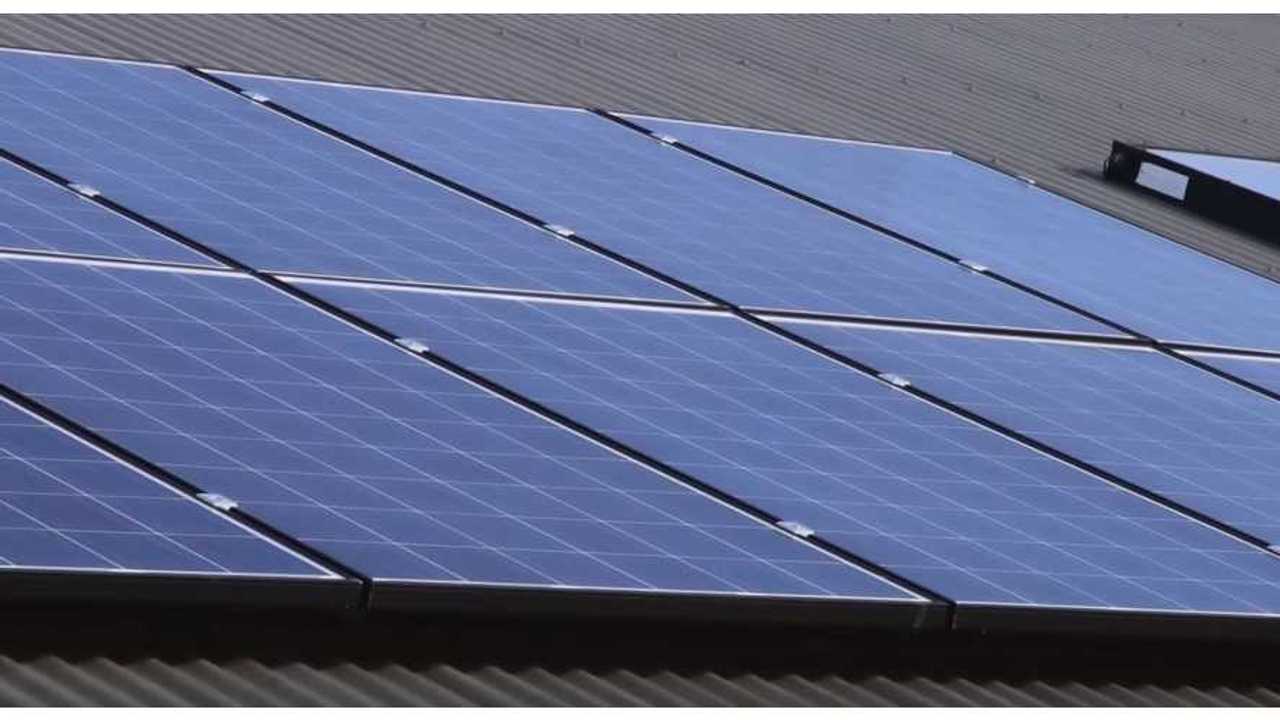 TESLA SOLAR: HOW TO POWER THE ENTIRE U.S. ON SUNSHINE

Elon Musk managed to get off a lot of really pithy comments in his recent appearance at the National Governors Association meeting - he spoke of a future in which gas-burning cars will be like horses, and explained how China has taken environmental leadership away from the US. He also discussed the personal sacrifices required of a superhero, and his failed efforts to exert a positive influence on America’s Climate-Change-Denier-in-Chief.

Well, let’s squeeze just one more juicy post out of that orange. Elon also described, in simple and engaging language, how solar energy will power the world of the future. He began by noting that, in a sense, we already live in a solar-powered world.

“The Earth is almost entirely solar-powered today, in the sense that the sun is the only thing that keeps us from being at the temperature of cosmic background radiation, which is 3 degrees above absolute zero,” Musk explained.

“The amount of energy that reaches us from the sun is tremendous. It’s 99 percent-plus of all the energy that Earth has. People talk about fusion...but the sun is a giant fusion reactor in the sky. It’s really reliable. It comes up every day. If it doesn’t, we’ve got bigger problems.”

Almost all the energy on Earth ultimately comes from the sun (the exception is geothermal energy). Wind is caused in large part by the sun’s uneven heating of the atmosphere; hydroelectric energy depends on the water cycle, which is driven by solar-powered evaporation; and even fossil fuels store energy that was originally captured via photosynthesis. So why not cut out the middle man and get our electricity from solar panels?

Just how many of those solar panels would be needed to supply America’s energy needs?

“If you wanted to power the entire United States with solar panels, it would take a fairly small corner of Nevada or Texas or Utah; you only need about 100 miles by 100 miles,” Musk said. “The batteries you need to store the energy, so you have 24/7 power, is 1 mile by 1 mile. One square mile.”

“We’ll need a combination of utility-scale solar and rooftop solar, combined with wind, geothermal, hydro, probably some nuclear for a while, in order to transition to a sustainable situation,” said Musk. He also explained some of the advantages of distributed (rooftop) solar power. “People do not like transmission lines going through their neighborhood. They really don’t like that, and I agree.”

Asked how EVs can compete in a world of low gas prices, Elon explained that the full costs of fossil fuels are not paid by its users, but by society as a whole.

“There’s an unpriced externality in the cost of fossil fuels,” he said. “The unpriced externality is the probability-weighted harm of changing the chemical constituency of the atmosphere and oceans. Since it is not captured in the price of gasoline, it does not drive the right behavior. It’d be like if tossing out garbage was just free, and there was no penalty, and you could do it as much as you want. The streets would be full of garbage. We’ve regulated a lot of other things, like sulfur emissions and nitrous oxide emissions; it’s done a lot of good on that front.”

Above: Even back in 2011, Musk was pushing for the transition to solar; he also discusses how/why Tesla's battery packs are recyclable (Youtube: Go 100%)

An important point that discussions about the energy transition often miss: the fossil fuel industry employs millions of people, and they shouldn’t be seen as the villains of the piece.

“They worked really hard to create those companies,” Musk said. “They feel like they are being attacked on moral grounds. And it is true that we cannot instantaneously change to a sustainable situation.”

Society will ignore the plight of laid-off oil and coal workers at its peril. But before you start feeling sorry for Big Oil, remember that they are not defenseless - the giant companies are using their massive political clout to derail the energy transition, a process that is probably only beginning. “Those guys will...fight pretty hard to slow down the change,” says Musk, “and that’s really what I think is morally wrong.”