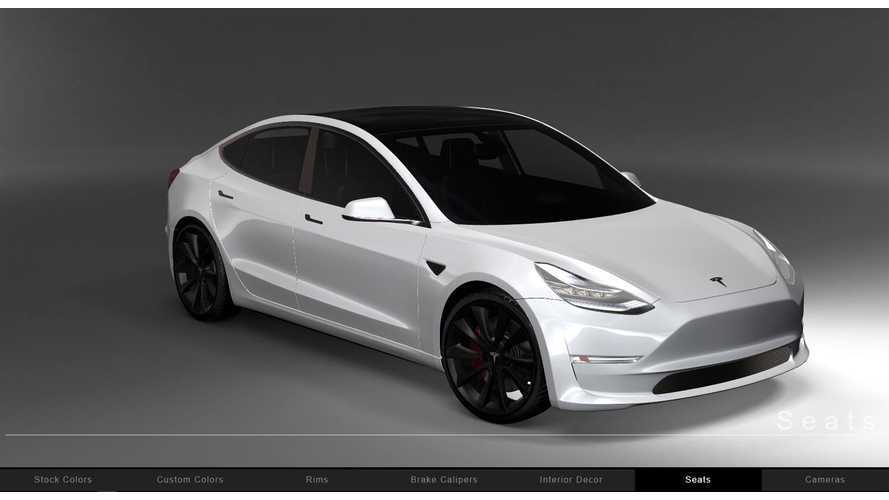 Tesla Model 3 3D website is the best way to daydream.

Finally, with the Tesla Model 3 officially launched, it's time to go the the automaker's website to start configuring the car the way you might want it to look. Awesome, right? Well, we're sorry but you can't. Tesla has yet to make the Model 3 design studio open to the public. But don't worry, because we've found something that fills that gap and, in some ways, is even better: a Model 3 3D configurator in two flavors — Clean White Room or Great Outdoors.

Created by an individual who, on Facebook, goes by the handle Bartolome Threedeeologist (possibly not his actual name), the websites allows you to "paint" the all-electric sedan in any of the available stock colors, as well as some custom shades. It also lets you to throw on aero or the more attractive V-spoke sport wheels. Want some flashy red brake calipers peeking out from behind those rims? You can do that too.

The best part, though, is the 3D aspect. You can spin and tilt the car to check it out from every possible angle, something that Tesla's Model S and Model X Design Studio won't allow you to do. It's also very resource light, meaning you can pull it up on your phone and play with it to your hearts content without a whole lot of technical difficulties.

A work in progress, Mr Threedeeologist tells Inside EVs that we should expect to see the addition of lots of goodies in the future, including high quality interiors, 3D hotspot navigation in addition to 2D and 3D overlays. We're bookmarking it, and suggest you do the same.