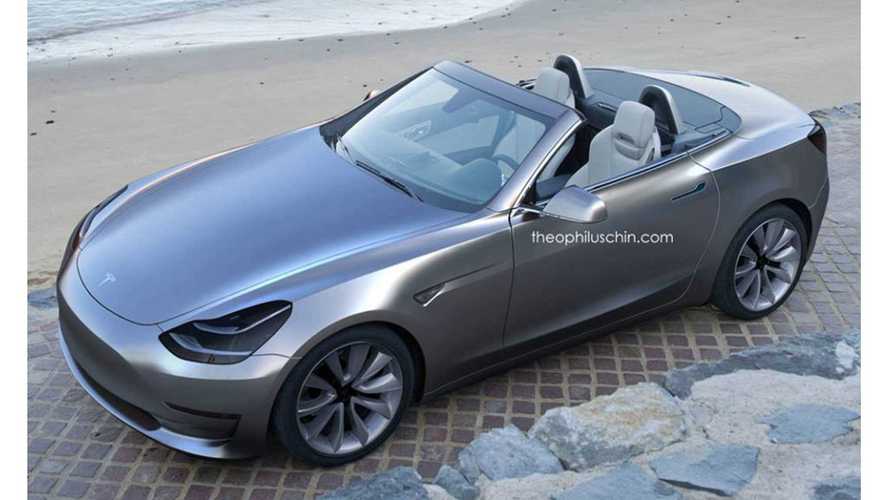 Though we've yet to even see the production version of the Tesla Model 3 sedan, the first render has surfaced of a Model 3 convertible (though to us it more resembles a toned-down approach to a net-generation tesla Roadster).

Renderer Theophilus Chin is responsible for this piece of computer graphics works, which to us resembles a Mazda Miata up front and a Honda S2000 out back.

There's not a whole lot of Tesla here in this image, but the end result still looks rather decent if we ignore the lack of connection between the image of the electric automaker.

This image comes to us via rEVoluti0n on Facebook with this question attached:

Theophilus Chin has done lots of electric vehicle renderings (click here for some samples), but few have been all that accurate in capturing what the eventual finished product delivers.

In this case though, we don't expect Tesla to ever do a 2-seat convertible Model 3, so we'll never know if this render is a hit or a miss.

Below is a stock Tesla image of a prototype Model 3 for comparative purposes: