New ZOE Pushes Renault EV Sales Up By 64% In January To 2,800 Registrations 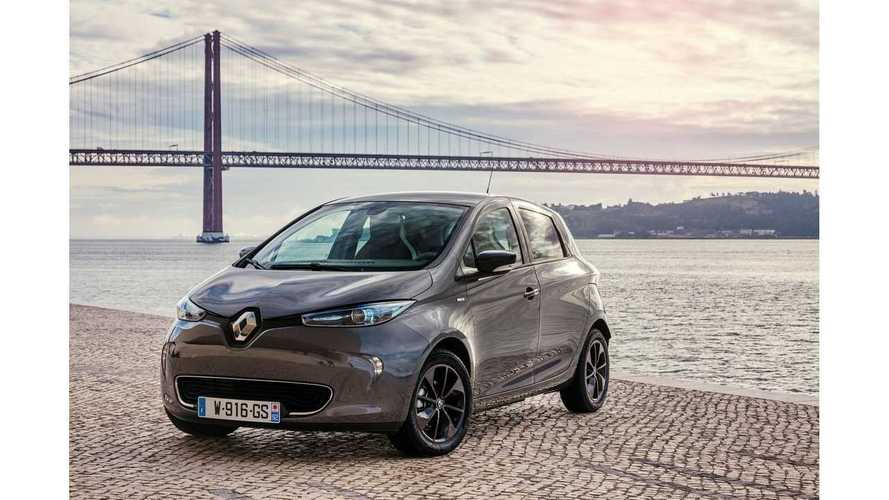 Renault increased sales of its electric vehicles in January by an impressive 64% to 2,799 (excluding the Twizy).

A result that makes us wonder whether or not (or rather just when) the French manufacturer will soon break into the 4,000s for the first time.

As of now, 1.6% of worldwide Renault light vehicles sales are of the all-electric variety, compared to 1.2% year ago.

Not surprisingly, the best selling model is the ZOE, which took off this month thanks to a more energy dense battery, providing up to 300km (186 miles) of real world range.:

As for the Kangoo ZE, it should be getting a big pop in sales as well in a couple months, as an upgrade for the all-electric van arrives this Summer.  The new Kangoo ZE 33 (details) has a NEDC range of 270 km/167 miles, which translates to about 200 km/125 miles in ‘real world’ driving conditions

For the ZOE, we sense a new record is just a month or two away.