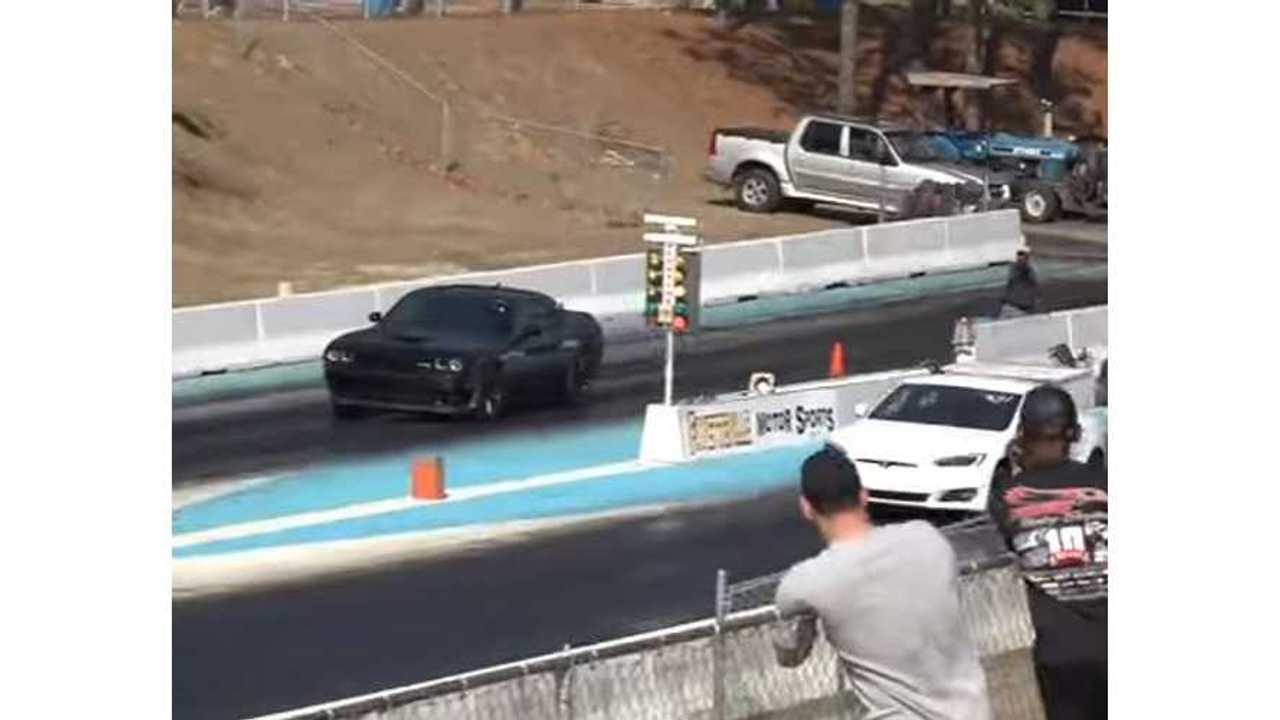 Okay, so perhaps the headline is a bit misleading, or maybe not.

Shortly after this modded Dodge Hellcat Challenger lined up to race the Tesla Model S P100DL down the drag strip, catastrophe ensued.

The Hellcat launched off the line and immediately shredded its driveshaft to bits. We blame it on the all-out effort needed to attempt to run with the Model S P100D, but the Hellcat owner says it likely happened because that was one part he hasn't upgrade yet.

"Another day at Fayetteville 1/4 Mile Drag Strip. What fun is having a quick car, a Tesla Model S P100D, if you can't find some good races. Well that's where you get me sitting in the staging lanes and like many times before it's always fun to run the top of the new car market."

"In this case another Dodge Hellcat Challenger. This one had some nice Mickey Thompson Tires and could've been further modified but when speaking to the driver later he did say the driveshaft was stock. As with any breakdown the good thing to come of one is the fact that you can now fix the weak parts and possibly be capable of going even faster after the rebuild. Hope to see him back out on the track soon."