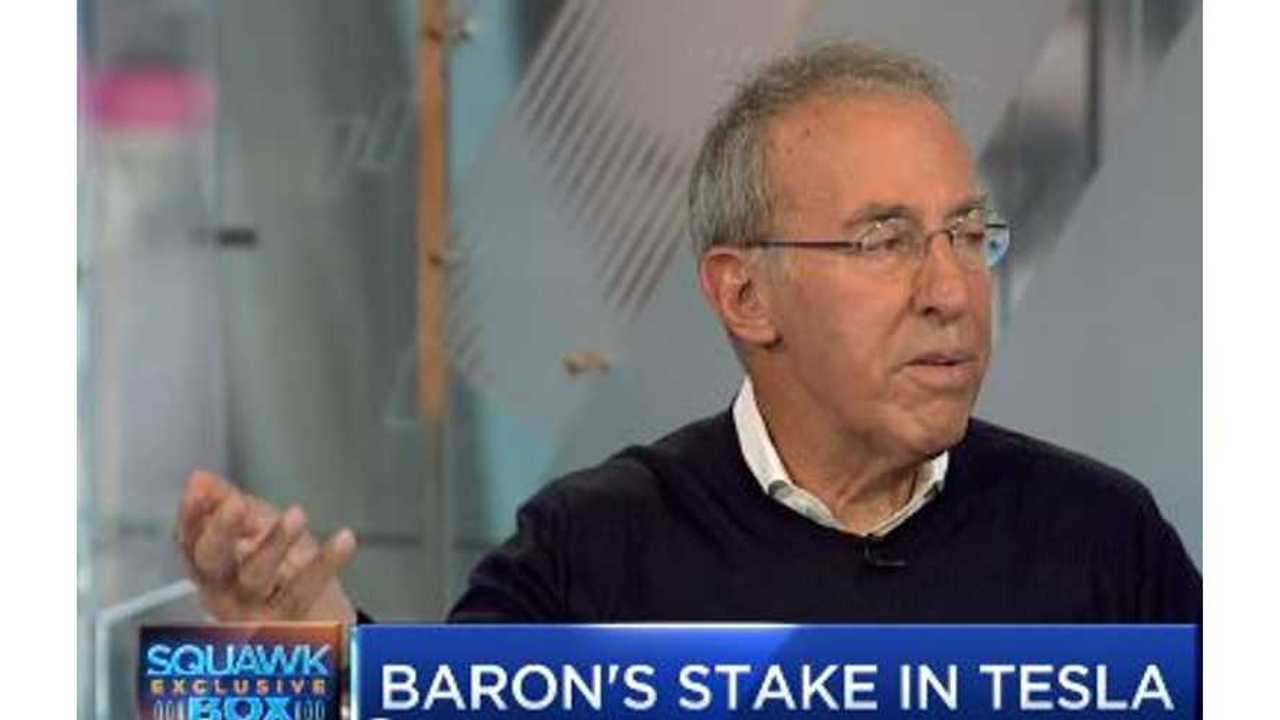 Investor Ron Baron says that by 2030, or just 13 years from now, Tesla could become a trillion dollar company. Quoting Baron:

"I think that in 2020 we're going to make from present prices about four times our money."

Of course, Baron is a Tesla investor, so his words may be a bit slanted, but Tesla shares have risen rather steadily since going public. Baron adds:

"We have bought shares of Tesla, about 1.6 million shares over a 3½-year period of time. Our average cost is about $208 a share."

Baron seems to believe that the recent acquisition of SolarCity will boost Tesla's value long term:

"Forty percent of the electricity in the United states is used by single-family houses."

"If you put a car in the garage, that car uses 30 percent of the electricity of the house."

"In order to sell the cars you have to ... have an increase in power."

We're not financial analysts, nor are we investors, so we'll leave the discussion at that.