Satirical Stop Tesla Campaign Pops Up ... and it's epic! 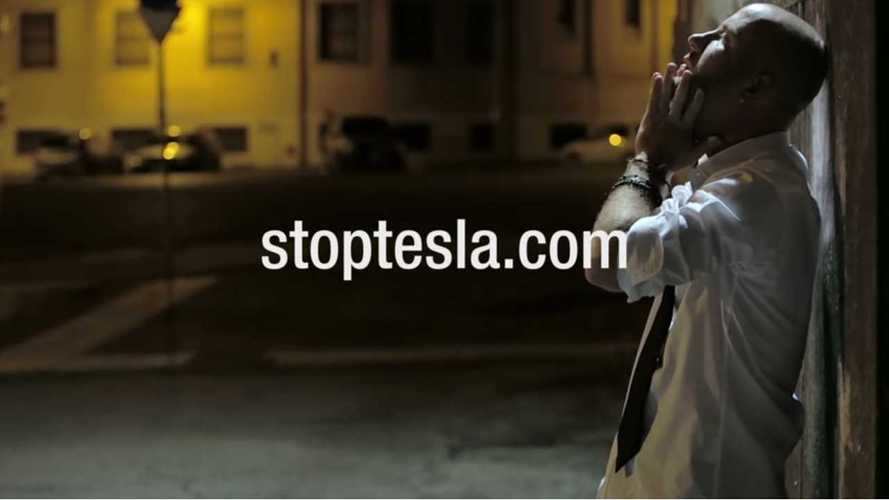 Hilarious Stop Tesla campaign aims to get a petition into the hands of Elon Musk, and raise $2 billion.

As we were searching for 'Project Loveday' entries, we stumbled upon a pretty hilarious 'Stop Tesla' campaign. The International Oil Baron Association has made a collection of spec ads for YouTube. Some of the videos that are a part of the satirical project even used the Project Loveday title, perhaps to assure attention. The spec videos are complete with sad faces and sad music (Beethoven's Moonlight Sonata), as each rich oil baron learns about the Tesla Model 3, and that someone they know has ordered one.

Stop Tesla has gone so far as to make its own website. Farid, IOBA Chairman & StopTesla.com founder writes:

Greetings, oil product consumer. The time has come to make a decisive choice. Listen to your pumping heart, and let not our riches of your labor be lost to this Model 3!

The concept is that rich oil barons are working to stop Tesla and Elon Musk, before they are out of a job. There is a petition on Change.org. It explains that this all started with a single signature, and now there are 38. The website reads:

"When you think your dreams are broken, look at Billy."

We the (rich) people of the oil indistry hereby want to warn every single individual on this planet about the planned release of Tesla Model 3* and the dangers that it unleashes towards international fossil fuel corporations.

Let's all reunite and stop the future from happening while we still can!

The fake group also started an INDIEGOGO page with a goal of raising $2 billion. Thus far, they have two supporters, for a whopping total of $11. The barons hope to buy an island, and protect the world from an "oilless future."

We the people of the oil indistry hereby want to warn every single individual on this planet about the planned release of Tesla Model 3 and the dangers that it unleashes towards international fossil fuel corporations.

Please donate if you can. Every little bit counts.

Check out a few more below: