Get Behind The Wheel As McLaren P1 LM Sets Goodwood Record 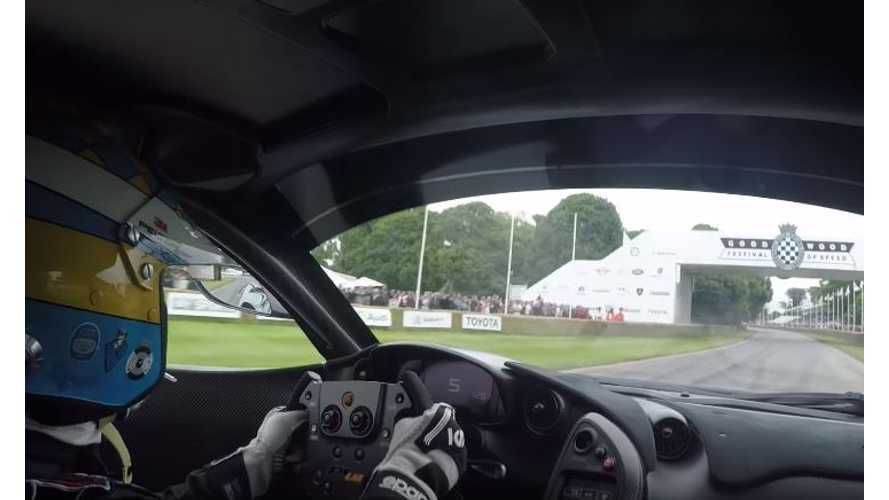 Converting a track-only hypercar to road-legal specifications makes for a seriously capable machine on this tight course.

At last year’s Goodwood Festival of Speed, Kenny Bräck drove a McLaren P1 GTR LM up the site’s famous 1.16-mile (1.86-kilometer) hillclimb in a record-breaking 47.07 seconds – the quickest time ever for a road-legal video. At the time, Goodwood released a clip showing the run, but a new video has revealed the view from inside the cockpit. It looks like Bräck barely maintains control on his way up the course.

The clip below shows the run from outside the hypercar for further context of Bräck’s masterful driving. The hillclimb at Goodwood is an incredibly narrow course. Given the LM’s width, Bräck also doesn’t have much room for maneuvering the McLaren.

The P1 GTR LM is Lanzante Motorsport’s road-legal conversion of the generally track-only hypercar. Circuit-honed aerodynamics let it stick to the street, and a 3.8-liter biturbo V8 with hybrid assistance churns out an impressive 986-horsepower (725-kilowatt). To date, 27 GTR owners have contracted Lanzante to perform the 240,000-pound ($310,000) upgrade to their vehicle.

Bräck might be behind the wheel of the GTR LM again soon for an attempt at an even more prestigious lap record. Lanzante Motorsport’s owner has been clear about his desire to try for a Nürburgring Nordschleife lap record with the road-legal hypercar. A recent video also revealed an LM kicking up sparks while lapping the Green Hell in anger during an industry pool testing session.

If you’re looking to buy a GTR LM, one goes up for sale at RM Sotheby’s upcoming auction at Villa Erba. The firm estimates that it could sell for 3.2 million to 3.6 million euros ($3.4 million to $3.82 million).