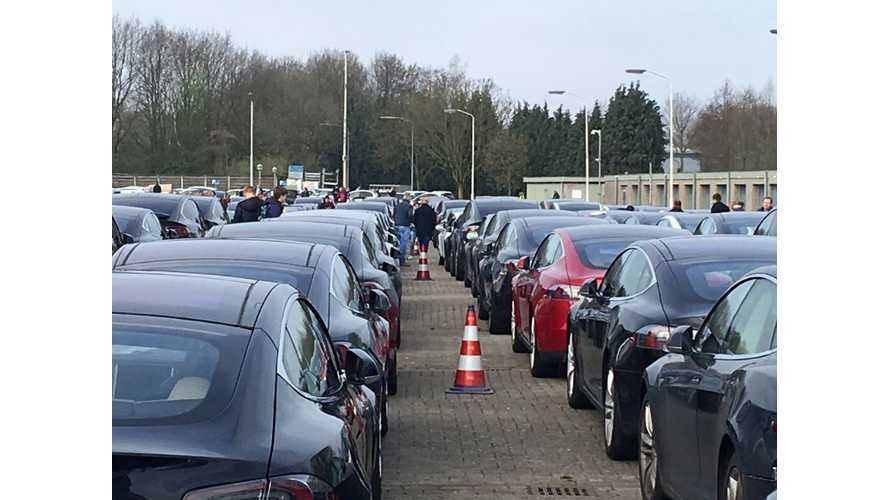 America's roads are in dire need of a makeover. (Image Credit: flickr via ChrisUK)

Outside of the United States, roads are being developed and tested using new materials that will self-heal, and possess the ability to send information electronically.

We all know that many U.S. roads are in rough shape. This is especially true in areas that experience cold winters. Our roads are filled with potholes, and municipalities are scrambling to find funding to make the necessary repairs. Even when the repairs are carried out, they are temporary.

America is really in need of brand-new roads. The quick fix method is not a long-term solution, and the amount of money being spent to repeatedly repair our roadways adds up. Though the initial expense would be much greater, coming up with a new, lasting solution would save money and headache in the long run.

Wouldn't it be nice if all of America's roads looked like this? (Image Credit: flickr via Dave Honan)

How about a self-healing road?

Materials scientist at the Netherlands' Delft University, Erik Schlangen, has the answer. It's a self-healing asphalt that contains steel fibers. The fibers can be magnetized and can conduct heat. Heating this material warms the asphalt and close the road's cracks. A machine that works like a magnet can be used to aid the process, but just the heat of the sun, and cars driving over the surface can help to some extent.

The self-healing asphalt is already employed on 12 roads in the Netherlands. One has been in use with the new material since 2010, and it's still in perfect shape. Although a normal road would likely still be okay after the seven years. So, we won't know the lasting impact for quite some time. But there's another caveat that's perhaps even more deserving of mention. Schlangen pointed out that:

“Putting steel fibers in the asphalt mean that you can send information to it, so it might be possible to charge electric cars on the road they’re driving on. This is early, but we are going to make some trials in front of traffic lights, where the idea is that you can charge your car a bit while waiting in traffic.”

If these roads can be constructed for a reasonable cost, when compared to traditional asphalt, and there's a possibility of being able to send information, or charge vehicles, this is definitely worthy of consideration.

Though both Democrats and Republicans seems to agree that infrastructure development and maintenance are paramount, funding is an issue. The United States' most substantial infrastructure development took place in the 1950s and 1960s. Since then, most monies have been steered toward maintenance. We can't just maintain forever, and people are generally more supportive of something new, rather than fixing the old.

This doesn't hold true in the construction industry. Regardless of scientific research, and new materials, building companies tend to stick to what they know and like. It sounds a whole lot like automakers when it comes to electric cars, or even most typical  consumers for that matter. University of Virginia engineering professor, Rider Foley, explained:

“The construction industry specifically is lagging behind some of the early predictions and forecasts ... There’s all this materials testing that has gone on with concrete for 50 to 75 years. There’s types of integrity testing and stress testing and loading and all of that, and that’s a body of knowledge that civil engineers have confidence in ... it’s hard for them to kind of see some of the advantages of changing the design like this.”

Innovation in major industries like construction and automotive will never come easy. Science is often thrown out the window, and forward progression is stifled. It will all come, in a matter of time. Our infrastructure won't last forever. It's just a matter of when.