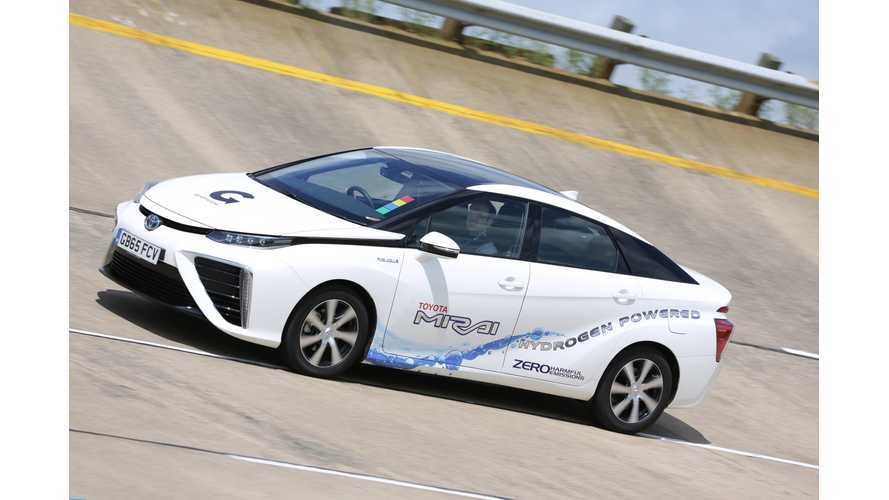 Toyota announced that all of its Mirai hydrogen fuel cell cars are affected by a software glitch that needs a recall to repair; an issue that an over-the-air update system probably could have alleviated seamlessly.

To date, 2,843 Mirai have been sold worldwide since December 2014 (mainly in Japan and the U.S., with a smaller share in Europe and the United Arab Emirates); all of which will now need to visit a Toyota service for software update.

The heart of the issue surrounds the operation of the vehicle in certain circumstances, where the fuel cell stack output voltage could exceed the maximum threshold, turning off the powertrain.

"Toyota said that under unique driving conditions, such as if the accelerator pedal is depressed to the wide open throttle position after driving on a long descent while using cruise control, there was a possibility the output voltage generated by the fuel cell boost converter could exceed the maximum voltage."

"Toyota dealers will update the fuel cell system software at no cost to the customer, it said. The process will take about half an hour, it said."