Cheap Gas No Threat To Tesla 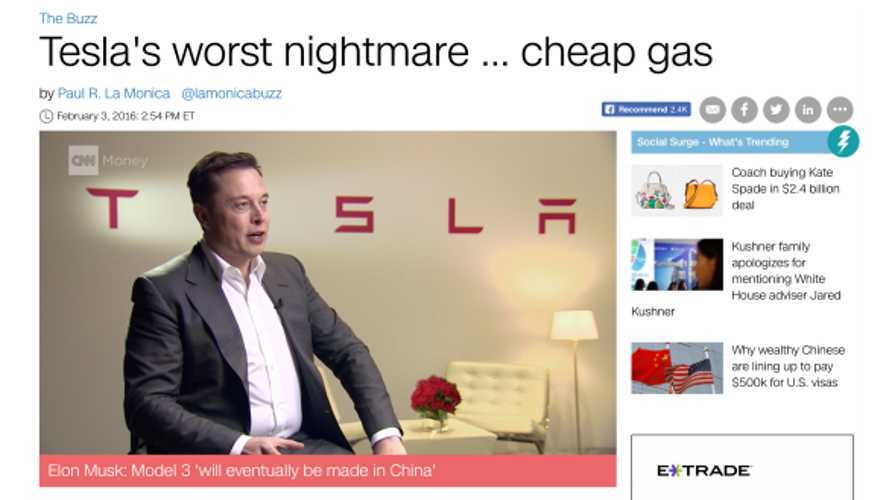 Remember this gloomy two-year period, when we had to endure constant fretting about cheap gas killing demand for Tesla’s products? Everyone feared Tesla would suffer horribly in a cheap gas environment.

Well, here’s how gas prices have moved in the past three years. They’ve stalled out just above their nadir, a “nightmare” scenario for sure.

Now let’s compare this to Tesla sales volume during the same period. If you don’t see a chart, that’s because we don’t need one. Just imagine a chart that looks nothing like the gas chart because the line goes, like, way up and to the right. Done!

What do these two charts tell us? They tell us that stock analysts, journalists and academics are cluless. They peek over each other’s shoulders and repeat the same wrong answers, like a bunch of flunkies. You probably didn’t take advice from flunkies when you were in school. Why start now?

*Editor's Note 2:  Although not included (but referenced) in the TeslaMondo original story, we figured we'd add a graph of Tesla sales by quarter (below) through the end of 2016