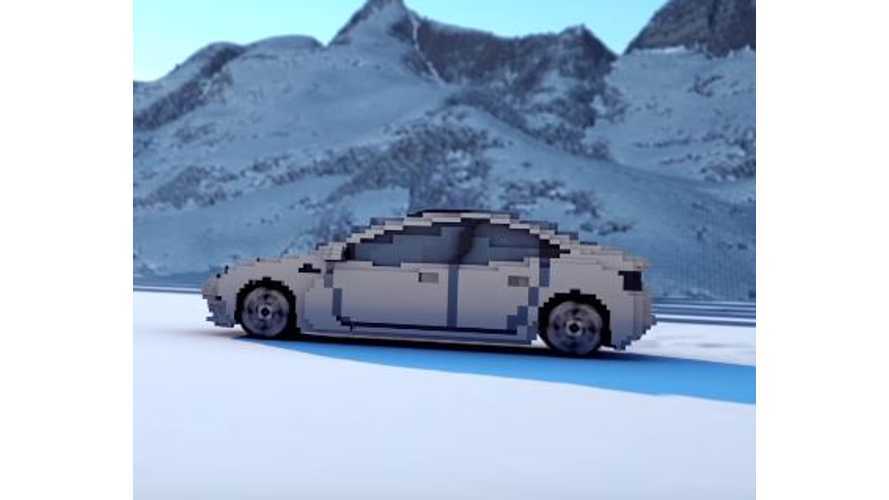 It sure doesn't look slick and its aero is literally that of a bunch of bricks, but the Tesla Model 3 has sprung to life in the world of Minecraft.

Minecraft studio Block built a bricky Tesla Model 3 inside the super popular video game, but it's not available for download by others just yet.

Brandon Relph, 16, and Florian Funke, 19, are both co-CEOs  for the GoCreative Group, parent company of Block studio, makers of the Minecraft Model 3 and uploader of this YouTube video.

The teen CEOs say this idea for a Model 3 began way back in 2015 when they meet Tesla CEO Elon Musk at the 2015 Minecraft convention in London.

Block says the Mine craft Model 3 and corresponding YouTube video are submissions for Tesla's Project Loveday advertisement competition, which runs though June 5.

This isn't the first time we've seen a Minecraft Tesla creation. Just a few months ago, the entire tesla Gigafactory was re-imagined in the world of Minecraft.