EV Market Up By 25% For April In US, Toyota Prius Prime #1 For First Time 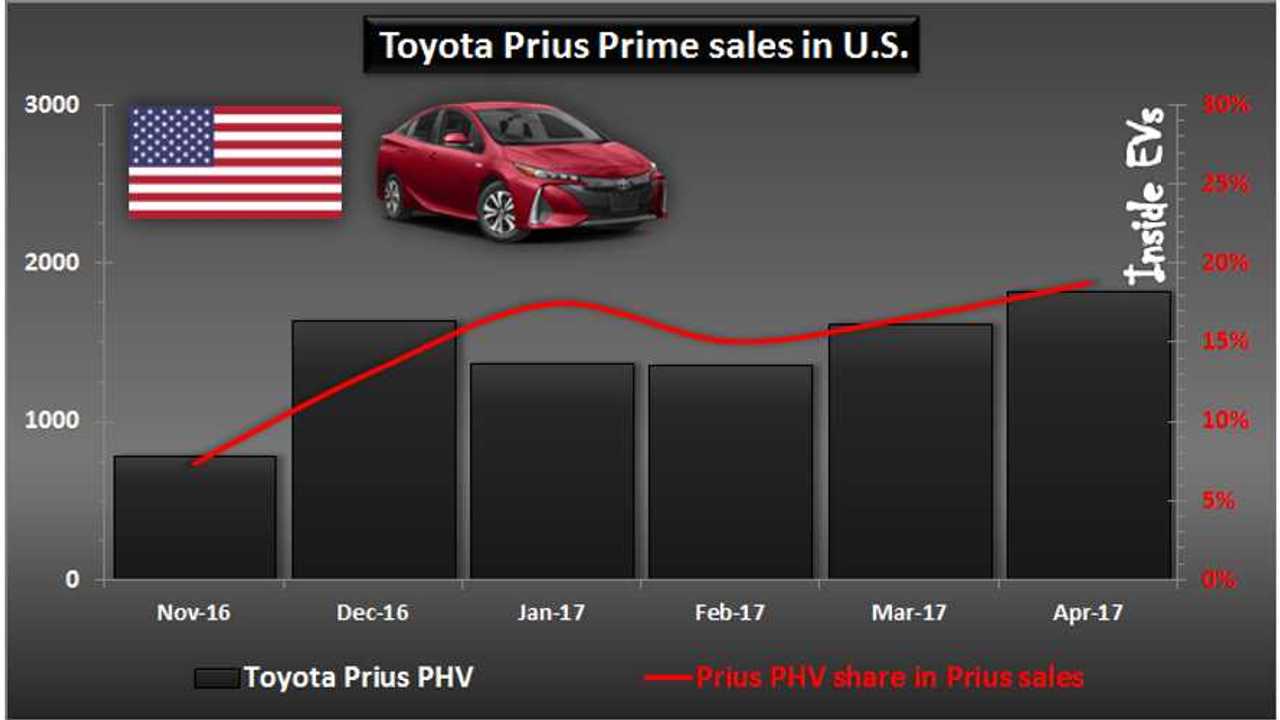 Plug-in electric vehicle sales in the U.S. increased at a decent pace of 24.9% in April, while the segment overall has expanded for 19 consecutive months (see full report).

Even better results are noted year-to-date. After four months of growth, the market is up 43% with an estimated 54,693 new plug-ins on US roads.

Of note:  While plug-in vehicles posted strong gains in April, we should mentioned that the traditional auto industry took a bit of a hit in April, off 4.7% overall, while passenger cars decresed 11.1%

The best selling plug-in car in April, and for the first time in its relatively short history, was the Toyota Prius Prime (1,819), which managed to slightly exceed the Chevrolet Volt (1,809)!

The 1,819 plug-in Toyota sales brings the total Primes on the road up to 8,587 since the model was introduced in mid-November.  Breaking the numbers down further, the Prime took 18.7% of the total Prius family, despite being virtually out-of-stock at dealers for the month; meaning the sales ceiling for the Prime is yet likely much higher than April's result.

Another new, and promising model, the Chevrolet Bolt EV, has yet to show the strength of the Prime, but at 1,292 deliveries, set a personal best last month.

Graph below: Here is the updated "Top 10 sellers list" for U.S.; of which, the Chevrolet Volt re-took the first overall slot, as the Tesla Model S took its normal "first month of the quarter" off.