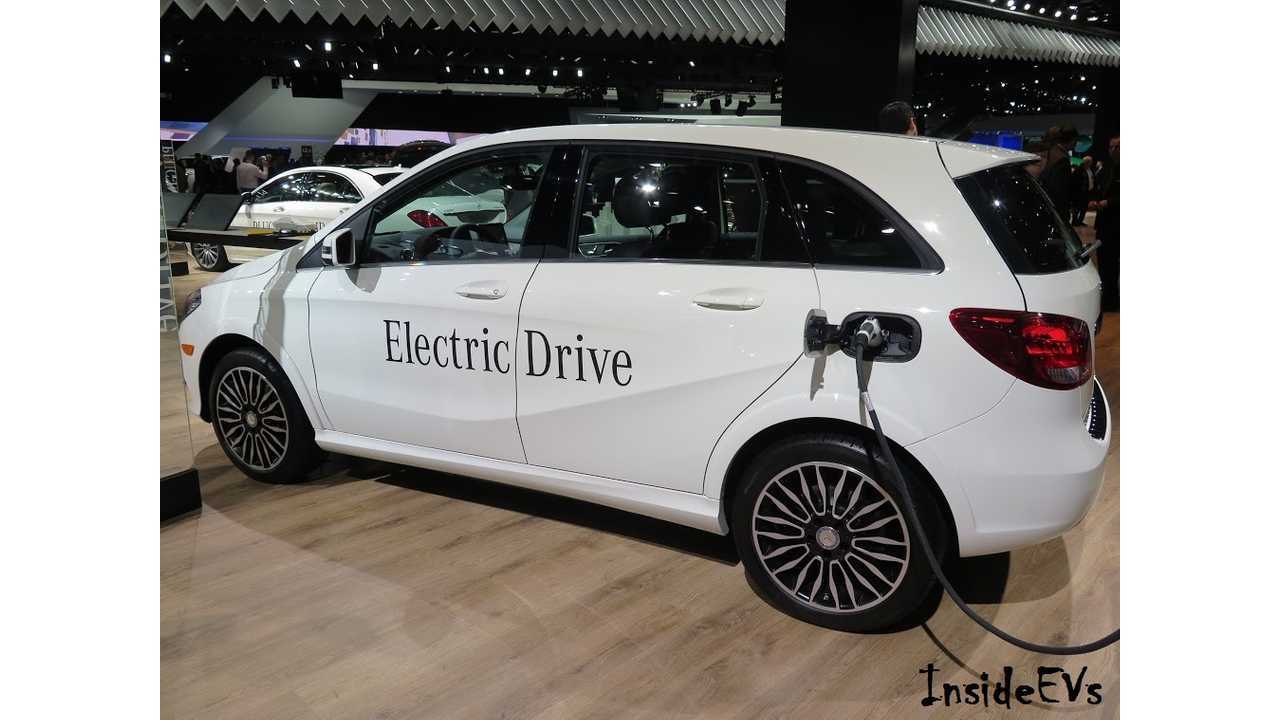 After more than three years on the market, Mercedes B-Class Electric Drive (now known as just the B 250e) production in Germany will wind down this Fall.  But there is still some time to order one if you are so inclined.

The all-electric B-Class ED offered up to 107 miles of all-electric range (87 without the reserve), but never made made a big splash anywhere it was sold - mostly do to the fact it was a virtual secret inside the Mercedes lineup, and never promoted.

We got in touch with Mercedes in Germany and they gave InsideEVs the following statement on the B 250e, and a bit on the company's future plans:

"The Mercedes Benz plant in Rastatt is currently working on the release of the next generation of compact vehicles, which starts 2018.

In this context we are switching our production capacities so that the B-Class with electric drive (B 250 e) will be phased out in the third quarter and therefore only a limited number of vehicles can be ordered. "

Daimler introduced the Mercedes B-Class ED by first hiring Tesla for its developments, and to supply for power-trains and batteries - a relationship that actually ended quite some time ago.

Now it's time for Daimler to develop an in-house, all-electric model under EQ brand. It's expected that later this year German manufacturer will present its concept long-range EQ A hatch (details on lineup/drive of first to arrive) in production-intent trim to arrive in 2019.

"Due to our strategic focus on CASE for the mobility of the future, we are planning the step-by-step electrification of our portfolio. Moreover, we are evaluating the production of our new generation of electric vehicles at all of our locations of Mercedes Benz Cars."

The new production B-Class is scheduled for 2018, but only in conventional version (and maybe in plug-in hybrid).

Our thanks to Mercedes for reaching out!