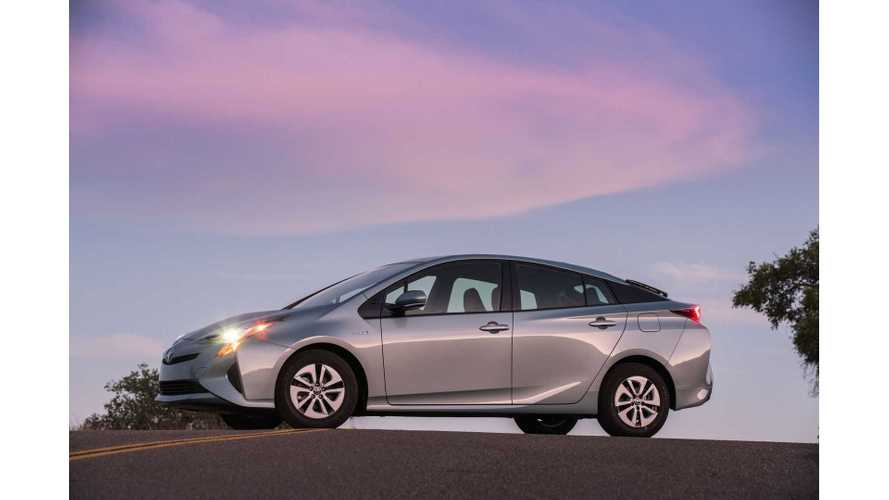 With a new sales target of 2,500 monthly in Japan alone and roughly the same amount planned for the US (where the company has said the main focus of the plug-in hybrid will be), Toyota could quickly return to the forefront of plug-in makers.

"Toyota Motor Corporation announces the launch of the redesigned Prius PHV in Japan, and sales will begin at all Toyota, Toyopet, Toyota Corolla and Netz dealers nationwide on February 15.

Toyota has been working on enhancing its product lineup significantly, and is positioning plug-in hybrid vehicles (PHVs) as the pillar of next-generation environmental vehicles after hybrid vehicles (HVs).

With the new Prius PHV, Toyota has greatly advanced on the environmental performance that is characteristic of the Prius lineup, along with the powerful and smooth drive which is an attribute of an electric vehicle (EV). Futuristic advanced equipment has been added and charging convenience greatly improved, thus evolving the new Prius PHV into a prime vehicle."

"Toyota announced today that it has achieved more than 10 million cumulative units of hybrid vehicle (HV) sales, including plug-in hybrids, as of January 31. The latest milestone was achieved just nine months after total sales reached 9 million units at the end of April 2016.