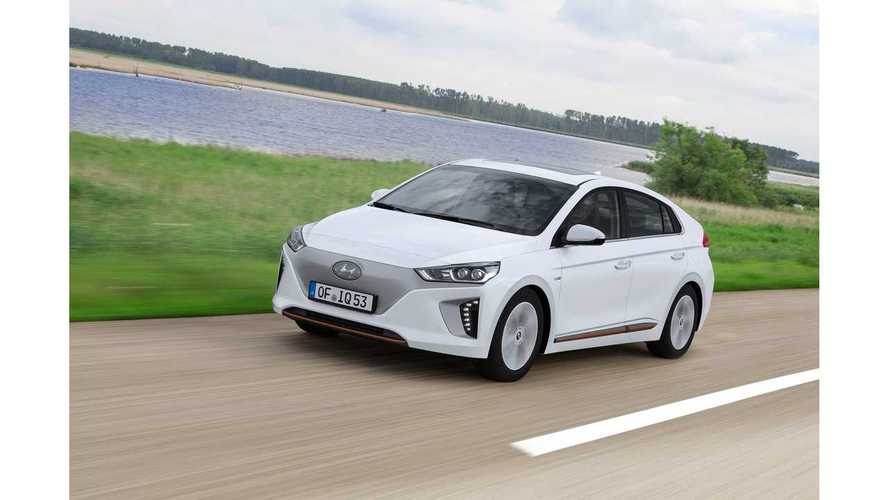 Hyundai IONIQ Electric Gets A Sharp Price In The US

While it may have taken a bit longer than originally expected to arrive in the US (originally pegged for Summer of 2016), the new Hyundai IONIQ Electric, has been priced aggressively.

Looking at today's plug-in landscape, the IONIQ offers best in class pricing for its range, recently noted by the EPA as offering 135 miles in the city, 110 miles on the highway - good for a combined 124 mile range rating.

Converting the numbers to MPGe, the IONIQ Electric rings the bell at 136 MPGe, the most efficient offering on the US market today.

Truly, looking at what the Hyundai IONIQ Electric offers for the money, it is now very difficult to make a competitive case for buying today's other shorter range/inexpensive offerings, such as the Fiat 500e, Nissan LEAF, Ford Focus Electric.

“Ioniq will attract an entirely new group of eco- and efficiency-oriented buyers in the U.S. market,” said Mike O’Brien, vice president of Corporate and Product Planning, Hyundai Motor America. “With outstanding powertrain flexibility, design, connectivity, and advanced technologies, Ioniq meets the needs of a large and growing group of buyers needing a highly efficient, enjoyable to drive and low-emissions vehicle without compromise to their daily lifestyles.”

The IONIQ Electric will arrive at US dealers (regionally) in April.

Separately, the standard hybrid (which we don't care about, as its tiny 1.6 kWh battery doesn't plug-in, but was rated at 58 MPG in "Blue" edition) was also priced:

As for the 3rd variant of the IONIQ lineup - the IONIQ Plug-In Hybrid, with an estimated 32 miles of range, that has also been delayed somewhat, and will not be arriving until Q4 of 2017.  However given today's announcement on the all-electric version, we are now pretty excited to see how it might be priced!