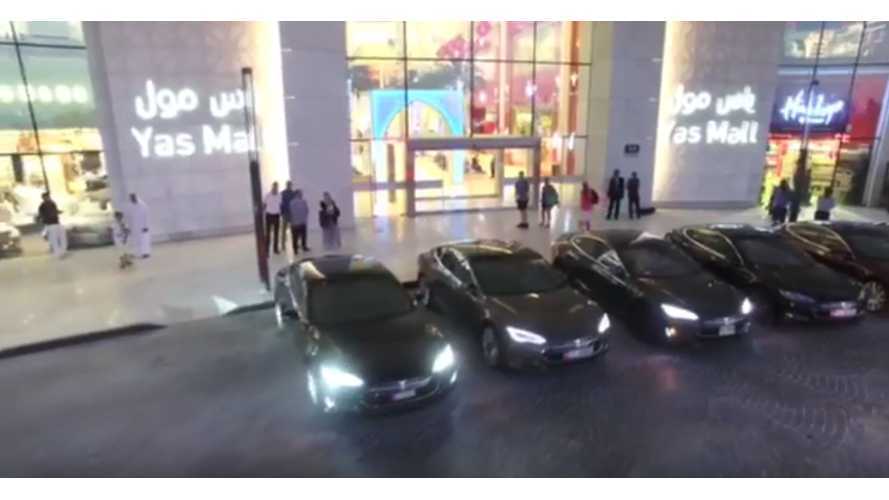 Now that Tesla cars officially made their way into Dubai last month, there is already a plan underway to add self-driving versions to the area's taxi fleet.

CEO Elon Musk attended the 2017 World Government Summit in Dubai, at which he made Tesla's official launch speech, and now that Tesla has entered the United Arab Emirates (UAE), the company is taking orders.

Elon Musk recently attended the 2017 World Government Summit in Dubai, to launch Tesla in the UAE.

Director General and Chairman of the Board of Executive Directors of RTA, Mattar Al Tayer, shared:

“This agreement is in implementation of the directives of Shaikh Mohammad Bin Rashid Al Maktoum, Vice-President and Prime Minister of the UAE and Ruler of Dubai, to transform Dubai into the world’s smartest city, and the Green Economy for Sustainable Development initiative."

The Dubai Taxi Corporation will use the Tesla vehicles as part of its "limousine fleet." Tayer said that the vehicles will undergo a test period prior to full implementation. He added:

"It is also part of the Dubai Smart Autonomous Mobility Strategy aimed at transforming 25 per cent of total journeys in Dubai into autonomous journeys by 2030."

It wasn't exactly clear as to the level of autonomy that these vehicles will have during their operational life, however, since all Tesla cars coming off of the assembly line at this time are equipped with full self-driving hardware, there will be growth in the fleet's abilities over time.   The software is still very much in its infancy, and we are seeing only incremental updates in the short term, but Tesla informed the RTA that the vehicles are equipped with self-driving tech that is capable of safety beyond that of human drivers.