BMW iNext To Be Similar In Size, Shape To Jaguar I-Pace 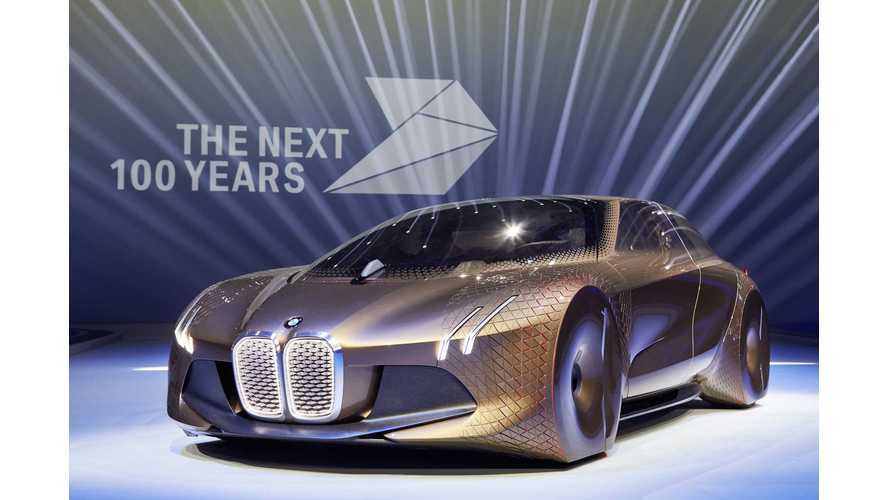 The production version of the iNext won't resemble the concept at all.

The radical iNext concept (image above) doesn't provide us with even a hint at what the 2021 production electric car will look like.

BMW simply says that the production iNext will be a "larger" electric vehicle, but beyond that we only have speculation and rumors to go on.

Those rumors, from "sources inside BMW" suggest that the iNext will more or less resemble the Jaguar I-Pace in exterior form/size/style.

"According to BMW, the upcoming iNEXT will begin production at the Dingolfing plant in 2021 and will be some sort of electric crossover. While BMW just claims that it will be a “larger vehicle” sources inside BMW claim that it’s similar in size and shape to the Jaguar I-Pace."

Crossovers are hot, so this makes perfect sense.

BMW adds iNext "...will also have a new and future-oriented interior and the most modern networking technologies.”

Not quite sure what that means. Guess we'll find out in 2021 when iNext debuts in production form. Seems like a bit too long of a window for us though.