BYD brought a whole set of commercial electric vehicles to the 2017 Advanced Clean Transportation Expo this year in Long Beach; from a terminal tractor, through a 60 ft. articulated bus and a forklift.

Now, a new offering from the Chinese company has arrived - a long-range, Class 8, electric garbage truck, with a 10 ton payload.

According to the specs on the vehicle, 76 miles of garbage collecting range is possible on a single charge, using a 178 kWh battery.

BYD stated that the electric refuse truck could save ~$10,309 on fuel costs, and ~$3,003 on maintenance annually, compared to a conventional diesel version... but don't ask us how BYD managed to estimated the savings with the precision to single dollar.

All BYD EVs from the show: 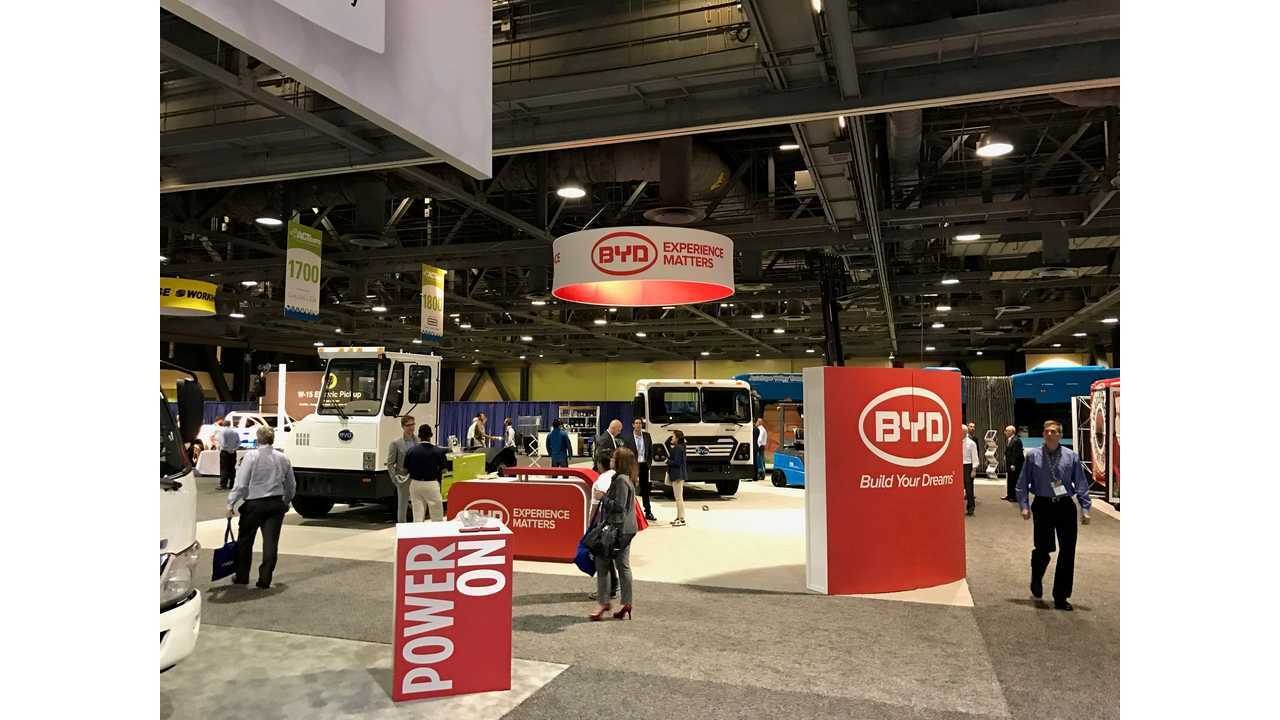 BYD K11 60 ft. Articulated Bus: BYD’s 60 ft. battery-electric articulated bus is the latest addition to company’s line up of transit buses is the first of its kind available in the U.S. and provides 200 miles of range on a single charge with full charging completed within two to three hours. The 60 ft. articulated bus joins BYD’s other industry leading 30, 35, and 40 ft. low floor Buy America compliant transit buses with a 275-mile range.

BYD All-Electric ECB 25 Forklift: BYD’s ECB 25 battery-electric forklift provides ultra-fast full-charging completed in one to two hours maximum. The BYD electric forklift can run for two typical shifts on one charge and can be opportunity charged, whenever and wherever. The electric forklift also comes with BYD’s industry-leading 10-year full replacement battery warranty.