A Closer Look At An All-Electric Formula E Racer - Video 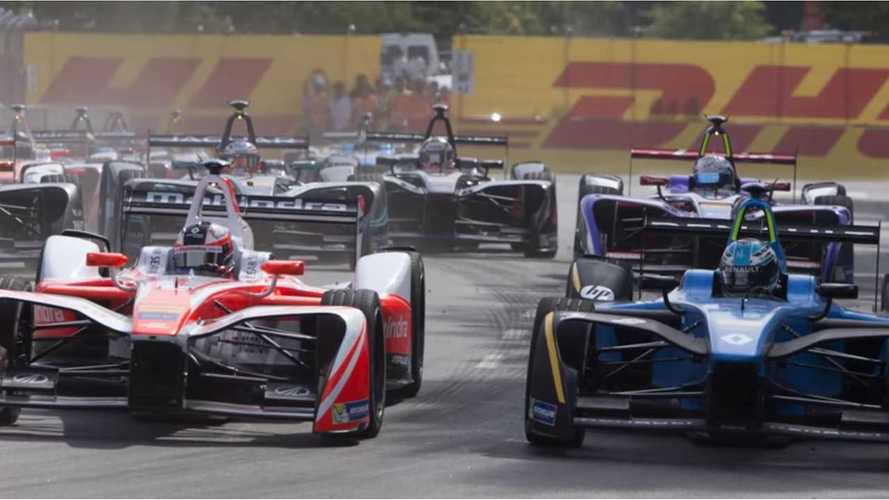 A  comprehensive walk through of what makes up a Formula E racer begins with a car from Renault's livery.

For today, all the racers are still essentially the same from the outside, but originally at the launch of Formula E racing, the cars were all the same inside as well. For each subsequent season since, teams have been granted more and more liberty to tweak the parts that interact with the battery. Basically, every car has exactly the same battery pack, produced by Williams Advanced Engineering, and how the teams choose to maximize efficiency to get the utmost out of that battery pack, is the task at hand.

The cars come with a chassis made by Spark Racing Technology and Dallara. All Formula E cars are the same from the nose to the roll hoop, and also the rear arrow.  However, the powertrain (motors, gearbox, differential, inverter, and other supplementary electronics), are all at the discretion of each individual team, giving some performance separation from team to team.  For example, Renault's racer uses no gears, the Mahindra vehicle has two.  We should also note that the rear suspension is modifiable as well.

Shown in the video (above) are exclusive drawings by Craig Scarborough. The sketches show the battery pack, which is actually a carbon fiber safety box that is home to 200-300 liquid-cooled pouch-type lithium-ion cells. The pack weighs in at a whopping 300 kilos (~660 pounds), and is about the size of a large shipping palette.

Since Formula E's inception, each driver brings two identical cars to a race, then a switch to the second vehicle must be made part way through the race, as a single vehicle would run out of power. This season (season four) is the last season that this will be the case. Beginning in season five, a single car must be capable of running the entire race.

The cars will also be completely redesigned for the fifth season, to be lighter and more aerodynamic, in order to facilitate the new format. Also, expect even more wiggle room for each team to tinker with its racer.

We take a look inside an all-electric Formula E racer. It's perhaps even more different than you'd think....