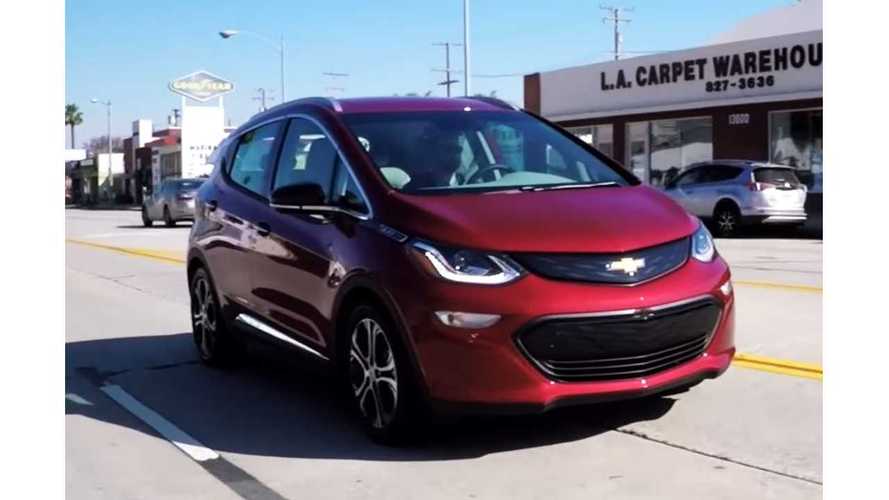 In the month that America mostly forgot any plug-in vehicles were available for sale, that is...other than a Tesla Model 3, the Chevrolet Bolt EV saw its sales move higher during the month, setting a new all-time high for the model (for the 4th consecutive month), and was also the best selling plug-in for America!

Despite a news cycle full of all things Model 3, and a constantly evolving discussion on what an extended shutdown at the Bolt EV's Orion facility really meant, dealers (and customers) across the country were now able to place orders for GM's EV, with nationwide deliveries starting in August.

We look forward to seeing August's results, as it will be the first indication of the true US demand for the car, although with partial/limited stock in many of the 32 new-to-the-Bolt states, September will likely be the best judge of that demand.

For the 18 states already with Bolts, there is no shortage of inventory, as about ~6,000 were on hand on average during the month.

Exclusive: Also, InsideEVs learned just last week that GM will be making good on a promise to use the Bolt EV's platform for more offerings in the US - with the first to be a Buick Crossover...with new/power seats!  (read the full details here)

The Chevrolet Volt (no picture available) re-took the US plug-in sales lead for 2017 in July!

As for the 2nd best selling plug-in car in America, the Chevrolet Volt, it continued to be sold in July, while at the same time (and somewhat ironically given its near top-selling status in the US) is reportedly being considered to be replaced with a plug-in utility vehicle after this current generation's run ends in 2022...largely because Americans really seem to hate passenger cars more and more this decade (GM production of cars is off some 32% in the first half of 2017)

And while that timeline sounds like a long way away - and we don't need to worry about the Volt's future today, one has to remember that a "quick lead time" for a new product offering by a traditional auto maker is ~4 years.

Found a picture of one! In all seriousness, the Bolt EV's sales performance in July was very solid, and hopefully we will see the EV reach the fabled "3,000 mark" in the Fall!

Anyway, back to today!

On the inventory side of things, the Summer shutdown at the Volt's Hamtramck, Michigan facility, helped to take in-stock levels down from a high of about 6,000 in early June to just over 4,000 entering August.

With that said, the 2018 model year production fired up in the 2nd last week of July, so there is a fair about of 2017s still to be moved out ahead of the new edition; if you are in the market for a Chevy Volt, this is probably a good time to pick one up with a nice discount on the hood!

Editor's Note:  Obviously we are being sarcastic about not be able to find any Chevrolet Bolt EV pics because of the Model 3 - our way of saying there has been a overload of Model 3 content of late, and we anticipate things to settle down and get back to normal this next month.