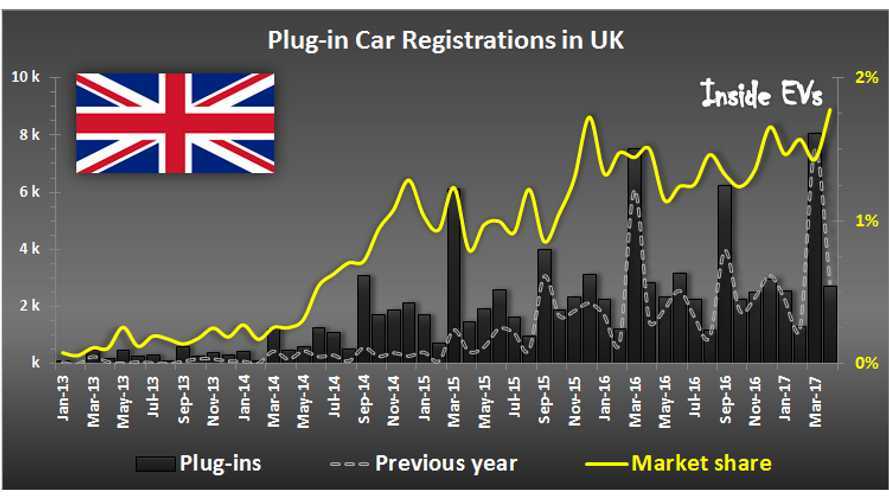 Here is a bit of an odd story on what is a new record EV market share in the UK last month.

Plug-in electric car sales in UK actually decreased in April by 5% to 2,716, but as the overall market shrunk by nearly 20%, the market share for plug-ins hit a new record of 1.79%.

The big drop in general sales is explained by the effects of Vehicle Excise Duty (VED) changes, which in April makes having a car more expensive, especially those that pollute the most - hence the stronger sales for plug-ins...relatively speaking.

For the month, all-electric car sales increased, while plug-in hybrids decreased by a similar amount: