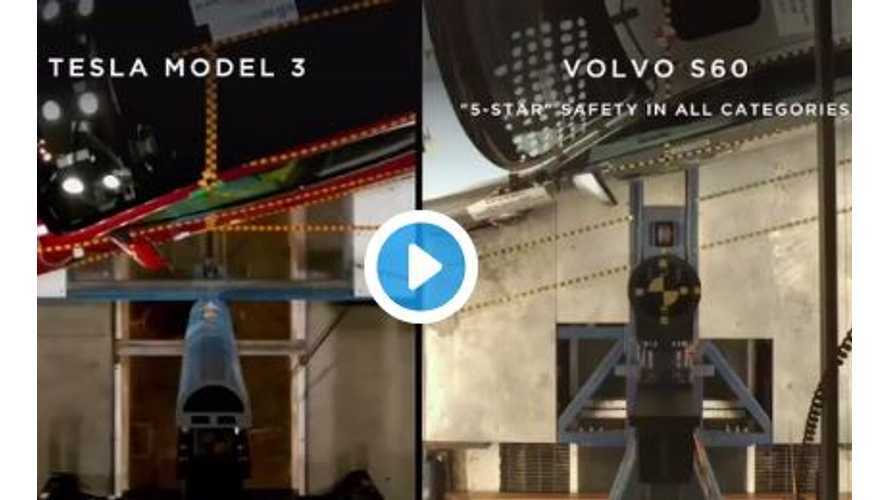 Concurrent with the big reveal last night, Tesla posted a crash test comparison video to Twitter to show just how safe the Model 3 likely is.

It's just a brief clip and doesn't show much, but the point Tesla is trying to get across is that the Model 3 apparently performs better in the side impact pole tests than the Volvo S60, one of the safest cars in the world.

As you'll see in the video, the Model 3 doesn't deform much, but it's hard to judge if that lack of deformity translates to occupant safety.

Safety has always been high on Tesla's list, so we assume the Model 3 will be no exception. We fully expect it to be among the safest cars in its class.