New Renault ZOE Pulls EV Market In France Up To 3,000 Sales In January 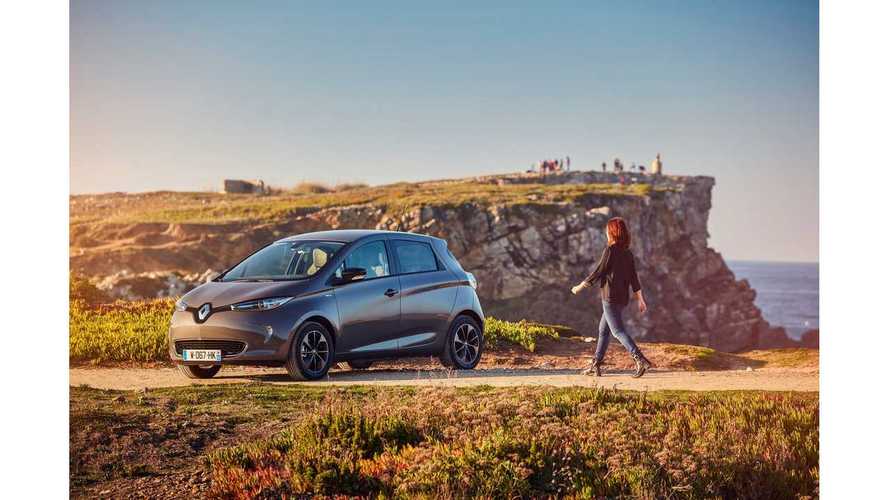 The recently updated, longer-range Renault ZOE Z.E. 40 (with 300 km/186 miles of real world, all-electric range) achieved its second best ever sales result in France last month, notching 1,646 deliveries (up 124% year-over-year), and taking some 73% of all passenger BEV registrations in the country for the month.  Truly a dominant showing!

One ZOE sale is not for every 5.3 Clio sales - a new record.

So good was the performance from the ZOE that it enabled 62% growth in the passenger BEV segment, up to 2,242 registrations, which is an impressive 1.46% market share.

Editor's note:  Because we know the intense interest in Tesla sales globally, we would be remiss to not mention the 72 sales notes by the company; 45 Tesla Model S deliveries, and 27 Tesla Model Xs.