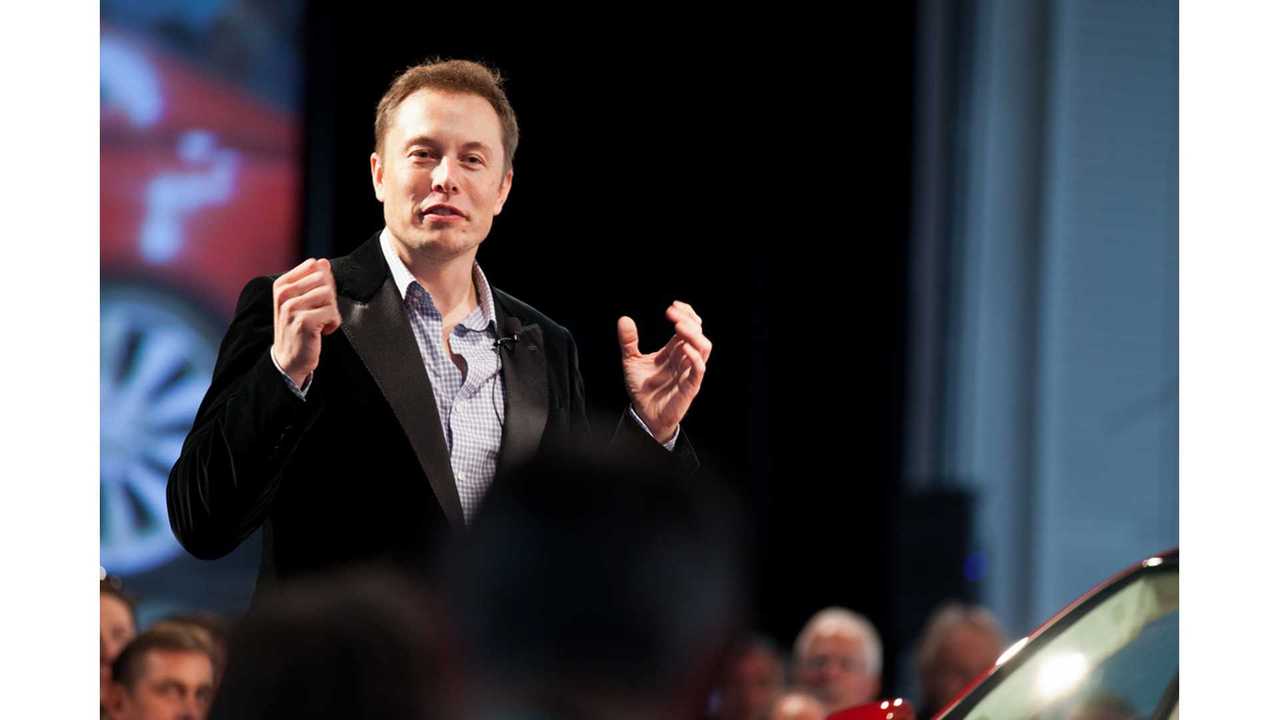 If you ask Tesla CEO Elon Musk to discuss incentives, tax credits, CARB and ZEV credits, be prepared for a lengthy discussion.

Jeffrey Osborne of Cowen & Co. LLC found that out when he asked Musk about US cumulative Tesla sales (as it applies to the $7,500 federal credit program, and relates to the Model 3) to Musk during the Q1 conference call:

Here's the wordy, yet very useful response from Musk:

"...I should perhaps touch again on this whole notion of – it's almost like over the years there's been all these sort of irritating articles like Tesla survives because of government subsidies and tax credits. It drives me crazy. Here's what those fools don't realize. If Tesla is not alone in the car industry, but all those things would be material if we were the only car company in existence. We are not. There are many car companies. What matters is whether we have a relative advantage in the market. And in fact the incentives give us a relative disadvantage.

Tesla has succeeded in spite of the incentives not because of them. But these incentives have limited lifetime and limited scale. Like, for example, the federal tax credit and then that caps out of the 200,000, the CARB credits, which, because the CARB rules are relatively weak, we can sell – there are some quarters where we can't even sell CARB credits. And when we can, it's maybe $0.50 on a dollar or something like that, whereas the other car companies get to fully absorb the value of the CARB credit. So just for example gives GM roughly – from my count, $7,000 to $10,000 advantage over Tesla for their Chevy Bolt.

That's why you shouldn't ask like why, well, GM appears to be losing $10,000 a car on the Bolt. No, they're not. They are making it up on CARB credits. But they get the full retail value of the CARB credit, whereas we get the wholesale value when we're lucky. But the CARB credits are only effective at a production rate of about 20,000 to 30,000 vehicles a year. So that's why you'll see, mark my words, it's not going to be any higher than that for the Chevy Bolt. That's on order of 25,000 units a year, or 0.10% of our initial production rate for the Model 3, or (~5%) of what Model 3 will be next year.

So Tesla's competitive advantage improves as the incentives go away. This continues to be something that is not well understood."

Musk  then touches on Tesla's Nevada tax credits for the Gigafactory, noting that Tesla didn't get a $1.3 billion cheque from Nevada, but rather they are credits that can be applied in the future, saying they need to generate $100 billion worth of output over the next 20 years to get them.  So, while Musk says Tesla appreciates the credits, it works out to a value of a about 1%, and Nevada didn't provide those, all they would still have at the Gigafactory site was rocks; and that you don't get a lot of taxes from rocks.

Again, the most interesting bits from Musk's long-winded answer are in regards to the Chevy Bolt. In particular, this statement:

And interestingly that's precisely the figure we've seen tossed around before by supplier sources. Here's what we reported 2-plus years ago:

"The supplier sources who need significant lead time to prepare for production say they are being told that General Motors expects to sell 25,000-30,000 Bolts per year once production is underway."