Now You Can Rent A Chevrolet Bolt For $229 Per Week

Chevy and Maven now let Uber drivers, and other freelancers, rent a Bolt for $229 a week. 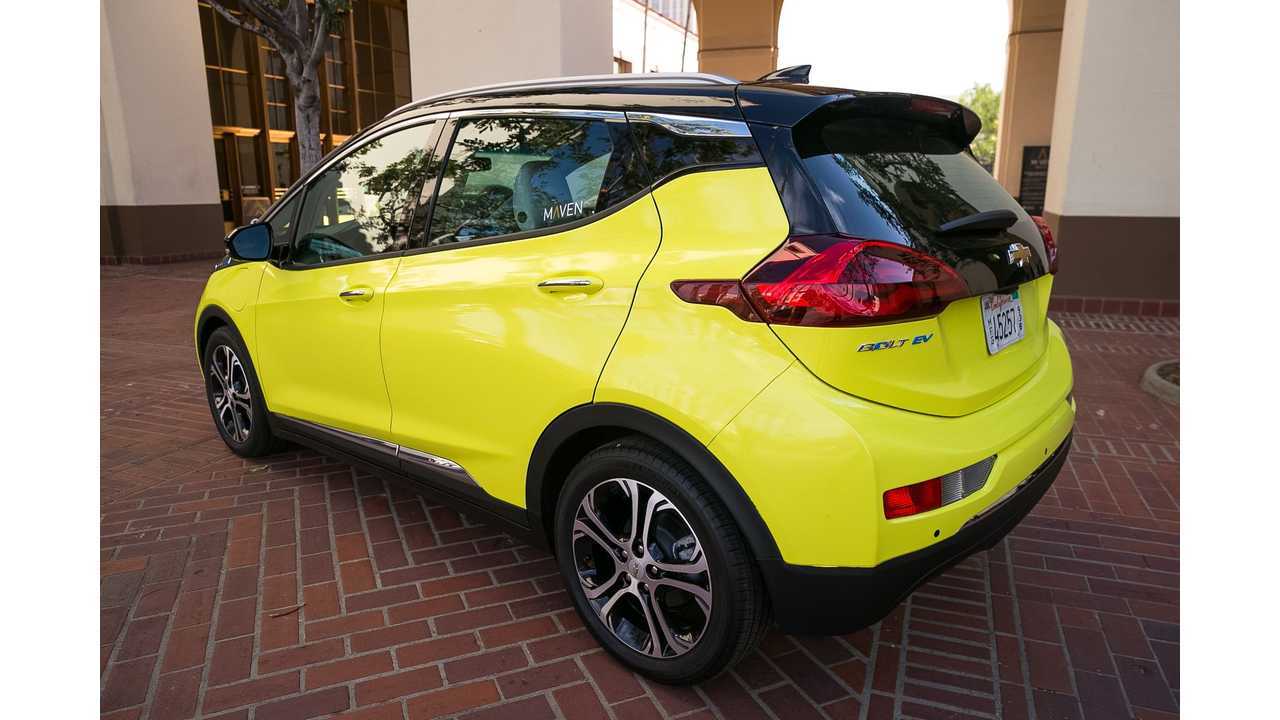 GM continues to dip its toe into the car-sharing business. Following February's partnership with Lyft that promised "thousands" of autonomous EVs on the road, GM's wholly owned car-sharing subsidiary, Maven, will roll out the new Bolt EV to freelancers working "independent driving gigs" like GrubHub, Instacart, and others.

The program is limited to residents of California at the moment, and is currently running live in San Diego. GM will launch in San Francisco and Los Angeles later in the year. Initial partners for the program include GrubHub, Instacart, and Roadie, as well as ride-sharing services like Uber and Lyft, naturally.

Pricing starts at $229 per week, and includes insurance (minus deductibles), maintenance, and unlimited mileage. If renters do decide to turn the car in earlier than a week, the service won’t charge you any added fees, which is good news. Already Maven has deployed more than 100 Chevy Bolts in California, and has racked up more than 100 million miles in total throughout its entire GM fleet.

The Chevy Bolt, which will act as the centerpiece to the partnership, comes with an EPA-estimated range of 238 miles (383 kilometers). If you don’t feel like paying $229 a week to rent the electric hatch, you can always pick up a Bolt brand new for $36,620. If you need some incentive, you can always check out our "Why Buy?" on Chevy's new EV.