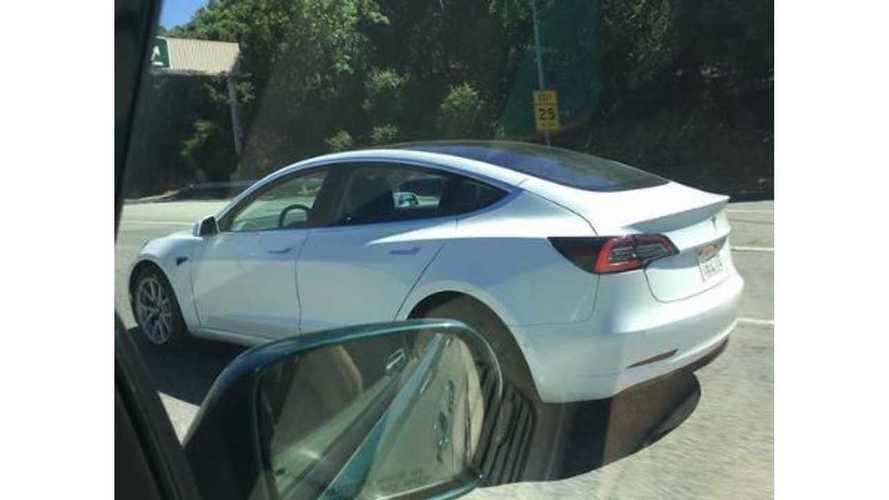 We've seen the Model 3 with a glass roof, but now we get some images of a near-production ready version of the glassy 3 out in the wild.

Some six months ago, Tesla announced the introduction of an all-glass roof on the Model S. Priced at $1,500, it's actually cheaper than the $2,000 sunroof.

Tesla CEO Elon Musk took to Twitter way back then to make sure the world knew the glass roof was "very hard to develop," but that it made the "interior feel amazing."

We're assuming that's the same goal on the Model 3 equipped with the all-glass roof seen above (scroll through all 4 images by clicking the next arrow.)

What you'll notice from the images of the glass roof Model 3 is that the top is clearly tinted heavily. The sun appears to be directly overhead, yet very little light makes its way into the cabin. Surely there's some substantial UV/ infrared protection up there too, as found on both the Model S and X.

Tesla says that the Model 3 will be fully revealed to the public in July as production gets underway.