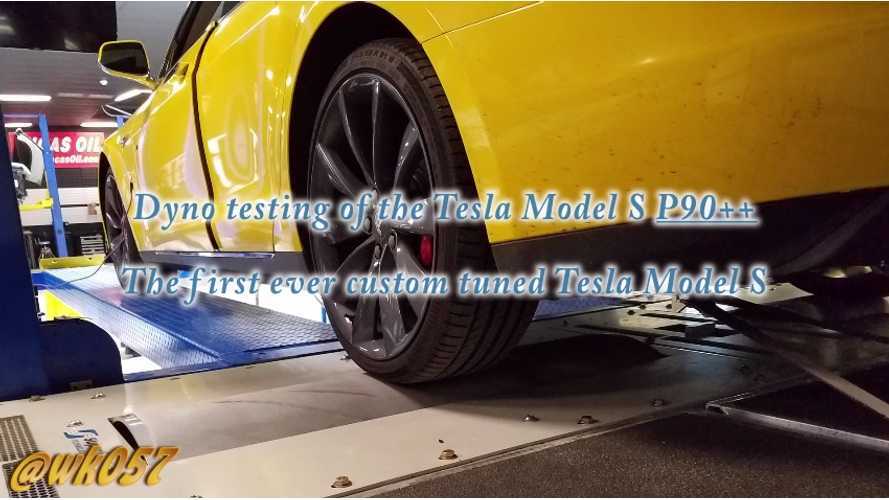 Jason Hughes, also known as @wk057/Twitter, has released another update on his Tesla Model S P85 project, which after a software update and getting the 'yellow treatment' was turned in the quickest RWD Tesla yet - called P90++.

The car is only rear-wheel drive but was altered from a P85 to the 90 kWh upgrade w/Ludicrous pack, and achieves the modified/improved result via convincing the software there is also a front motor operating in the vehicle to up the output in the rear.

"Did some dyno testing of my modified Tesla Model S P85 (RWD). We've dubbed it the P90++ (with an underline for Ludicrous mode)."

Looks like a redditor caught me on the way to the dyno this morning... ? 100% charge on the trailered S ?https://t.co/HvMmL6mRTK pic.twitter.com/5ZRd1732Ss