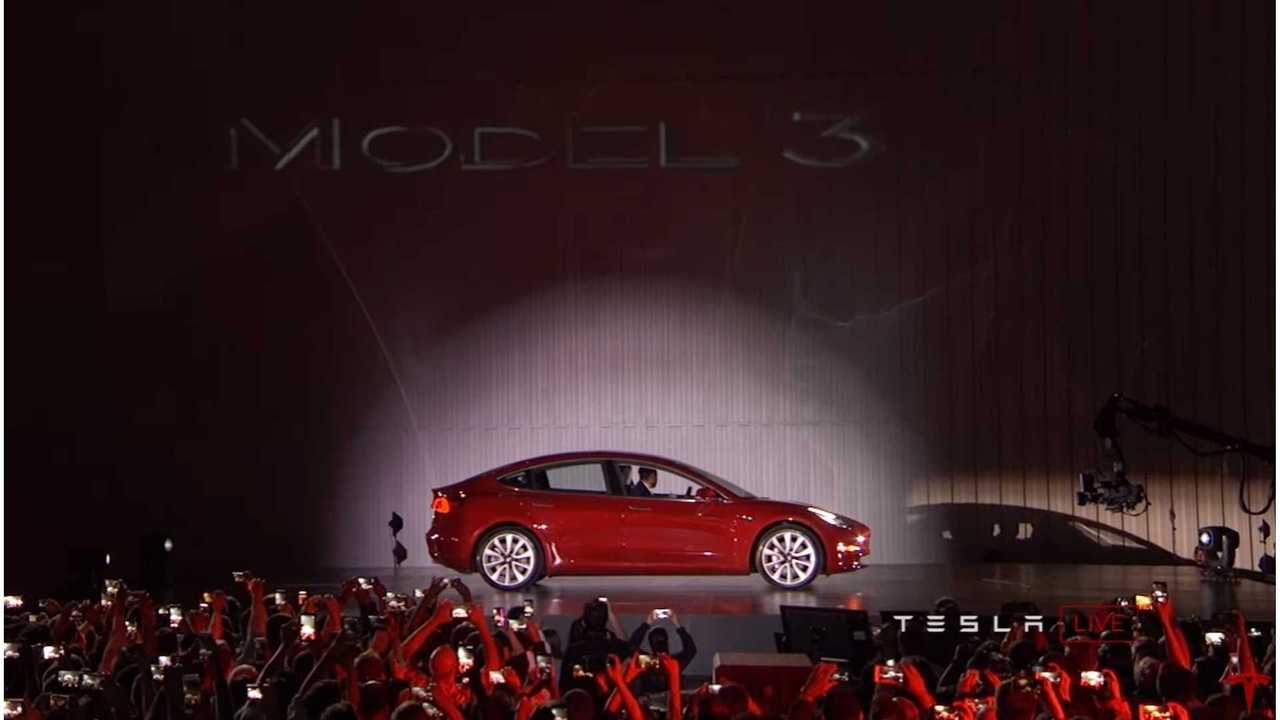 You could be wondering how is this review different from anything you already read today? Tons of reviews have already been posted online but I promise you, there are some facts here that were not mentioned anywhere.

Full recap of event below

Update (July 31):  InsideEVs had some video of a Model 3 drive with Steven Loveday and his daughter Bria up front, alongside some of the many other first drives (check those out here) taken on Friday, but for some confusing reason(s), Tesla has asked us to do them a "big favor" and remove that video (despite us first asking for permission, and being granted that ok).  Not wanted to create an issue, we have agreed.

Nonetheless, we have a written report from the event below for you to check out!

It was simply electric. Tesla was very good at make sure everyone was well taken care off. Press had their own gig, employees patiently waited to take their place in front of the stage and then there was the reception for the referral program winners and their guest.

Good food, music, drinks but another group was present: tons and tons of suppliers that will make Model 3 a success. I got to meet people from around US and even as far as South Korea. Everyone was excited and none of them could believe the success Model 3 already had.

Bria, the youngest attendee at the Tesla Model 3 party, about to take a spin!

If you have watched enough Apple events you now know they are kinda the same. Since Tesla has done a few major announcements, this could have been the same as before? No. The event was as much about Model 3 as it was about the employees of Tesla. I think the choice to host the event in the back of Fremont Factory was super smart and you could follow the theme of the presentation that without the hard work of all Tesla employees none of this would be possible.

Our very own Steve Loveday's daughter (Bria) did a fantastic job on world stage to announce the winner of the Project Loveday. There was a pause and everyone looked to the right to see Elon drive up on stage. Yes he actually drove up the ramp, which from the safety perspective had no guardrails and everyone was amazed to see him do it.

Without going into too much detail of what Elon said, I simply will state this: He had a ton of fun. I felt like Elon knew that this is it, he and the team did it. That this was a very long and hard journey and now he can have a little fun!

Just to be clear, as with other events, this was a test ride, meaning you got to ask a lot of question, look around but not to drive the car. I got lucky to ride with Bria Loveday and of course her dad Steve Loveday.

If you watched the video above, I am going to fill you in a few details: The car is amazing, yes it. Tesla did it and the first impression that there will be another 400,000 reservations coming up shortly. It looks good from the outside, it feels solid and when it will hit the public roads, people will turn their heads to say: WOW! I want one! We waited our turn to take the ride and as each car came around, the shapes, contours, design features, all of it made sense. Yes some labeled Model 3 as a mini Model S, but it is only a first impression.

Interior was spacious. I got to sit in the back seat and I am 6'2", no problem. Frankly there were taller people at the event and they said, that was a nonissue. As the current Model S owner, I started to see what has changed. A lot! Having 2 kids riding in the back, there is always one issue with Model S: "Daddy, can you put my drink in the cup holder!!!". Well no more. There is an arm rest in the rear seats with two cup holders. USB ports.

But, wait.... there are also door pockets in front and rear doors. Finally! Center console is very specious. Arm rest, middle, front, tons of space. The cars we drove was a premium package and had not just one but built in chargers for the phone. The air vents are hidden in a single line across the dash. When asked the driver about speedometer being in the middle, he said it was not a big deal. Ladies: There is not only a mirror in the visors, there is now a LIGHT! Yes a Tesla sedan with a light! I know my wife will be happy! Doors have changed too. I observed people trying to get into the car and it takes a second to get used to the new handle. But once they do, everyone loved it. Getting out was tricky for some as well. No regular lever to open the door. There is a button that you press as you hold the door handle and the door opens. Simple

solution and probably a reduction in cost.

The ride felt smooth, acceleration was perfect. Regen was nominal. No complaints, but this part Tesla has had a lot of experience with the last 3 cars so no surprises here. There is a frunk here. Yup! Not as big as Model S or X but there is one. Trunk was off limits during the drive but 15 cubic feet should do the trick.

Tesla has done it. And this is not a biased opinion because I own one, it is an opinion of someone who has owned 5 electric vehicles and drove almost everyone on the market today.

Tesla Model 3 checks off almost all of the boxes on the list. It is affordable, sexy, specious, innovative and from the looks of it FUN!!! But the event was yesterday, now it is time to get through "production hell" as Elon has said and get the cars to the people. Because something tells me, more reservation deposits will be coming in today!!! Enjoy!