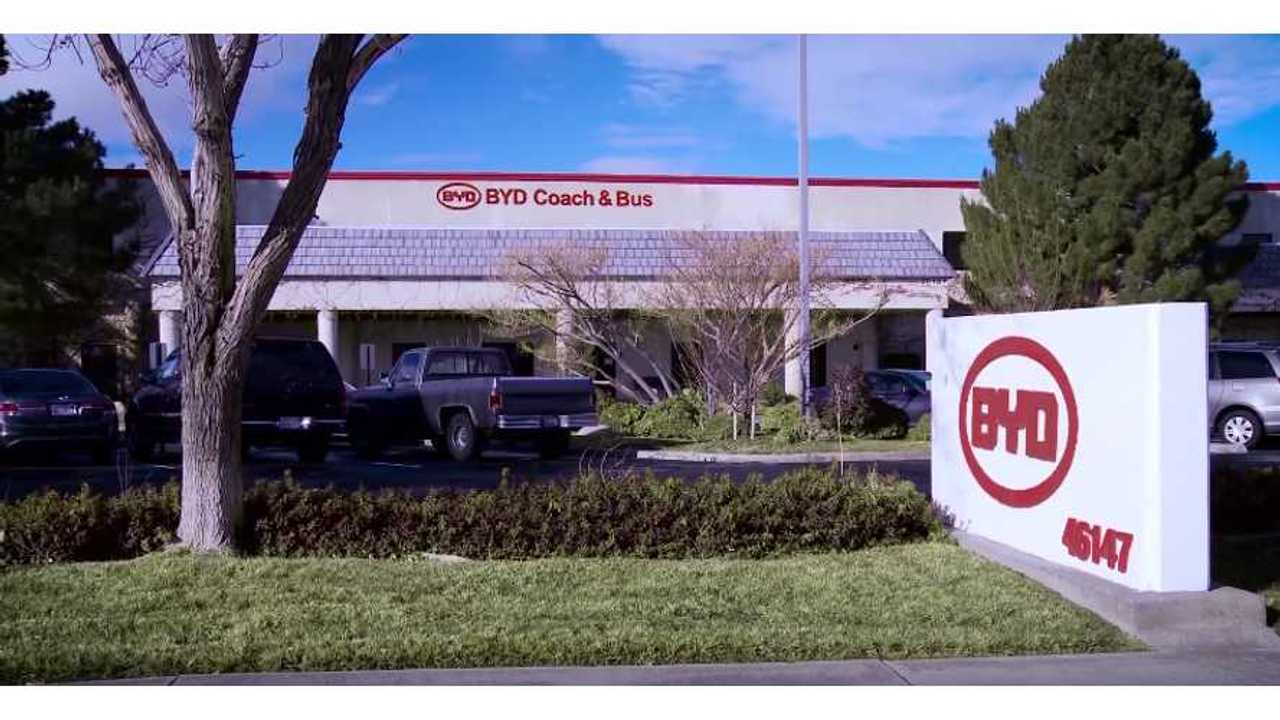 After a slow start in 2013, BYD's activity in the U.S. has progressively expanded step-by-step in the electric bus and commercial truck segments.

The Chinese subsidiary has already reached the level of hundreds of commercial units built in the US - about 300 buses and 150 trucks, according to a  recent Trucks article.

One of the most recent orders that will be adding to that total is 20 buses headed to UC Irvine.

BYD is anchored in California, where it currently is expanding its assembly facility in Lancaster.  Today's workforce of 530 people is expected to triple by 2020.

While we are accustomed to BYD offering electric buses in all sizes and shapes (including a double decker), it turns out that BYD's truck portfolio is also one of the broadest available today:

"The company presently offers medium-duty step vans, stake-bed, box and refrigerated trucks using BYD’s trucks in the Class 5 through 7 weight segments. It offers a Class 6 trash collection truck and Class 8 tractors designed for the short-haul goods movement industry, principally in ports and other freight-handling facilities. Its step vans have been developed as a pilot project with delivery giant UPS, opening up a significant potential marketplace."

"BYD also is developing a heavy-duty trash truck and a Class 8 on-road tractor for the U.S. market, using a model already in service in China"

Other kinds of trucks are also in developments, including Class 1 to 4.

Current production capacity today stands at about 150 buses and 100 trucks annually, but it could increase 10 times if needed:

"The 120,000-square-foot BYD Coach and Bus plant in Lancaster can turn out 150 buses and 100 trucks annually. Bus production could grow to 1,000 units when the plant is fully built out, Swanton said.

As orders increase, truck production is expected to swell as well. There’s a 40,000-square-foot extension of the existing facility set to open early this year as well as the 200,000-square-foot expansion that is planned for completion at the end of the year.

The company’s battery unit operates a separate lithium-ion battery assembly facility in a 44,000-square-foot facility a few miles from the truck and bus plant."