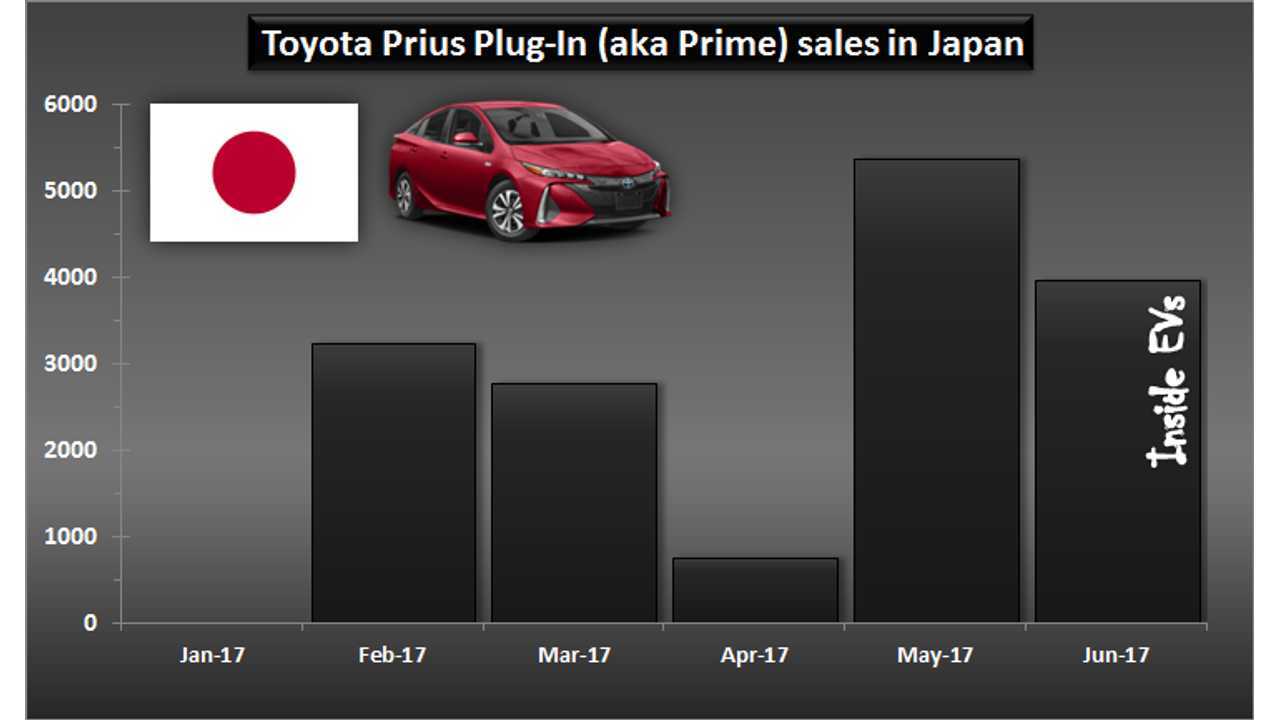 After May surprised us with a record 5,369 Toyota Prius Plug-In (aka Prime) sales in Japan, June kept that torrid pace going -notching almost 4,000 more sales (3,972 to be accurate).

After five months, the total plug-in volume reached 16,106 and hopefully will continue to increase by at least 3,000-4,000 every month going forward.

Separately, good news also flows from Nissan in Japan, where 1,379 sales for the LEAF was the best June result ever.

Adding in sales from other countries, the Toyota Prius Plug-Hybrid/Prime took down the #1 overall sales spot for the year - the first time it has held the podium...now who can dethrone it?