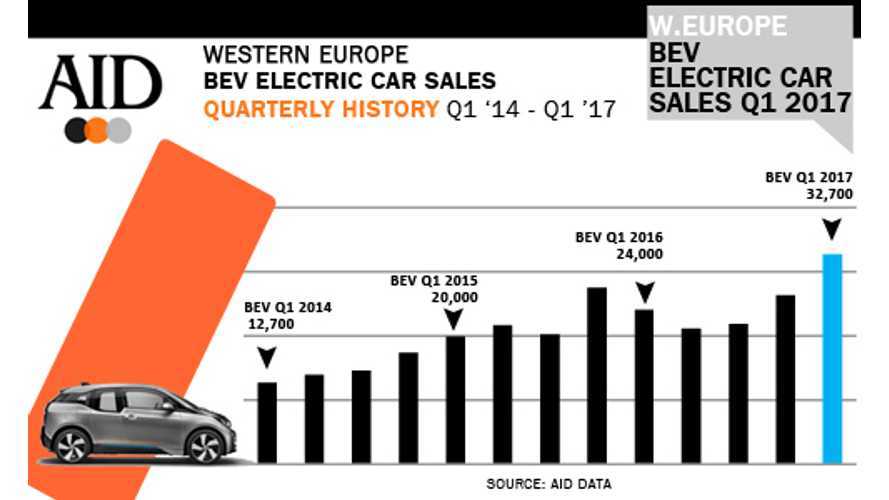 Over the past couple of years, European all-electric car sales have been growing without much drama, as new models, with better electric abilities have continued to assault the mark.

"Never before in Europe's comparatively short electric car history have so many pure electric cars (BEVs) been registered as this March.

The UK's traditional March car registration blitz, this time with a more than one-third jump to a chart-topping 3,141 electric cars, helped elevate West Europe's BEV sales in March by just over a quarter to 15,102 units.

That's the highest ever electric car registration total for any month on record."