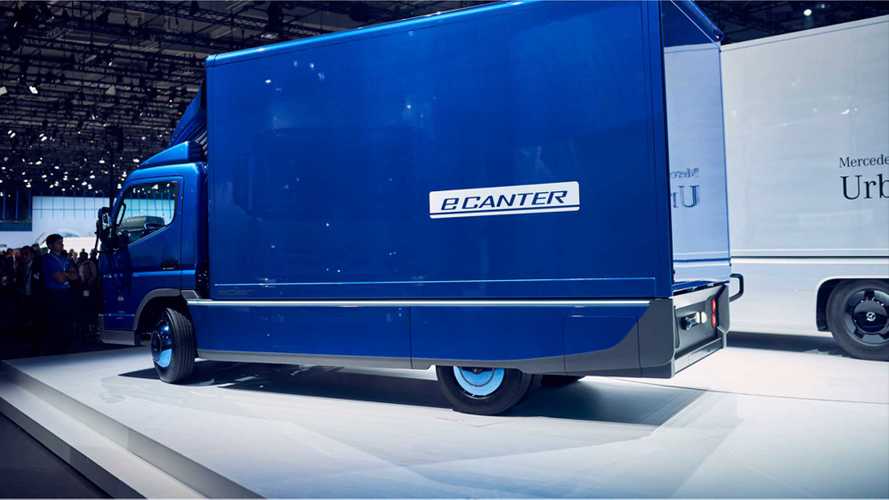 “With today’s start of production of the eCanter, we become the first global manufacturer to produce an all-electric truck in series. From now on we can address the growing demand for locally emission free delivery trucks in Mega-Cities. We already received the first customer orders and will mark the global launch of this truck in one of the most iconic Mega-Cities, in New York, this September. Our Portuguese plant does not only produce the trucks for Europe and the US, we also benefit from a close cooperation with the authorities in Portugal and Lisbon testing the trucks there since 2014.”

Fuso is a brand of Daimler Trucks Asia. The company held a debut event last week at the production plant in Tramagal, Portugal. All eCanters (as well as "Canter" conventional versions) for both the European and U.S. markets will be manufactured at the Portugal facility. The first vehicles are set to be delivered next month.

The 160,000 square-meter plant has over 400 employees and currently produces the Fuso Canter and Fuso Canter Eco Hybrid for 30 European countries.

The first global deliveries of the Fuso eCanter will actually come out of the Kawaski plant in Japan, which started production on July 7, 2017.  The Seven-Eleven Co. convenience store in Japan has already ordered 25 trucks, and should have them in hand soon.

Battery packs for the eCanter are coming from Daimler subsidiary, Accumotive in Kamenz, Germany. The truck will feature six high voltage lithium-ion battery packs with 420 V and 13.8 kWh each. The eCanter can travel about 100 km (~62 miles) on a charge and carry two to three tons. Trials conducted in Portugal and Germany from 2014 to 2017 show that the eCanter can save up to 1,000 Euros (~$1,200 USD) in operating costs for every 10,000 km (~6,200 miles) traveled.