Chrysler Pacifica Hybrid: A Week With The 33 Mile Plug-In Minivan 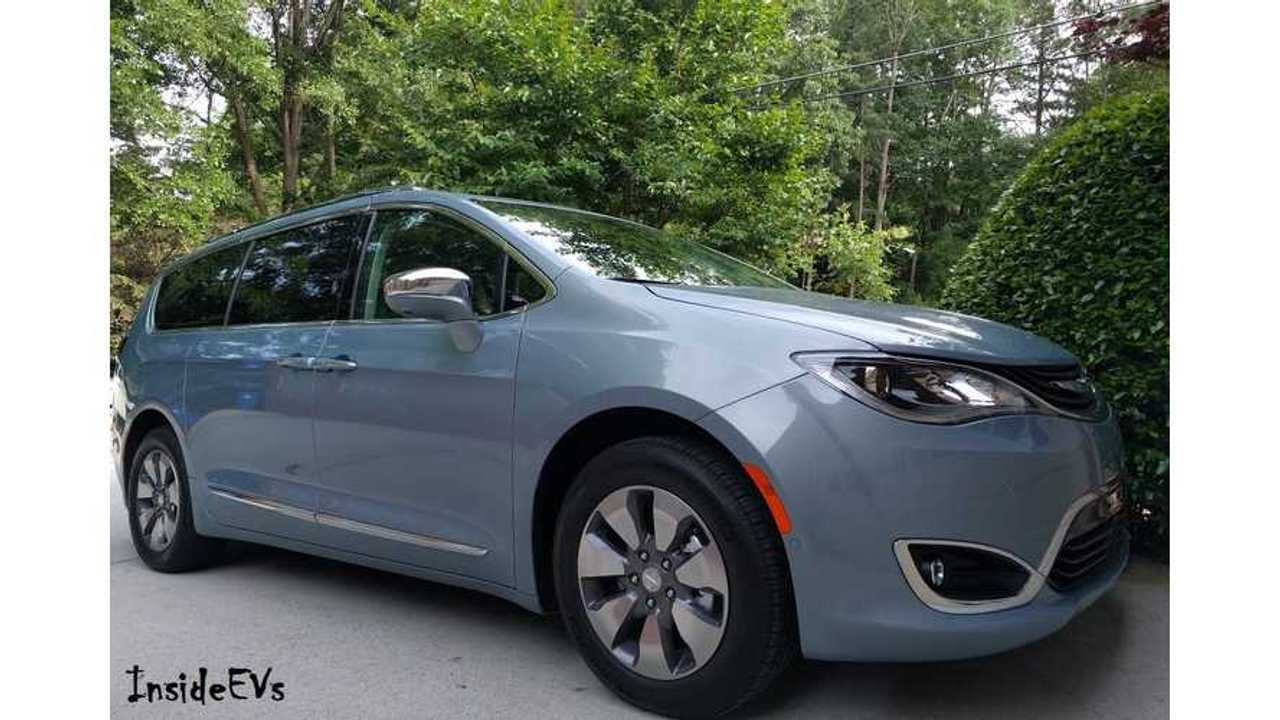 There are no two ways about it. It’s a massive PHEV

Last week, I was thrilled to finally get my hands on the new Chrysler Pacifica Hybrid after waiting what seemed to be an eternity. After all, this is the vehicle that brings the possibility of driving electric to the American family’s favorite mode of transportation. This PHEV is important for that reason. It’s also important because, if it’s not done right, it could turn a lot of buyers into EV foes.

I first laid eyes on this variant at the New York International Auto Show well over a year ago and I figured I’d have access to an example sooner rather than later. It turned out to be later, but, that’s a good thing, right? Hopefully that means that the good folks at FCA were working hard to make sure that it’s perfect.

One week of urban usage

Over the last year, I’ve logged lots of mileage in the standard Pacifica as my standard go-to rental when my wife’s Focus Electric or my BMW i3 aren’t up to the task.

These miles have mostly been on the highway where it’s proven itself as a fantastic cruiser that’s comfortable and, at least at speed, reasonably efficient. Around town, however, is a different story. Examples I’ve driven have averaged anywhere from 16-18 miles per gallon in city driving. And, that’s where these vehicles spend a majority of their time. So, I spent this week with the plug-in variant mainly focused on how well it handled day-to-day commuting and car pool functions. That means lots of surface street driving.

How did it do? Quite well actually.

The single most important feature of the Pacifica Hybrid is that if it’s charged regularly and driven in a reasonably sane manner, it’s possible that the average minivan driver will reduce their daily gasoline consumption by as much as two gallons. That’s significant and will gain in significance if the price of fuel rises.

Another important feature is that this finally brings a sincere reduction in tailpipe emissions to the minivan. Eliminating up to 33 miles of internal combustion emissions is significant.

No shortage of creature-comforts in the 2017 Chrysler Pacifica Hybrid

So, what strengths and weakness were apparent after a weeks seat-time?

You’ve got lots of power. My first observation about this minivan is that, as PHEVs go, it’s remarkably easy to keep the ICE off. It takes a pretty heavy foot to get the engine to fire up. That means that it’s possible to keep up with traffic without dipping into the gasoline supply.

2017 Chrysler Pacifica Hybrid's 6.6 kW charging ability is quite fast compared to other PHEV offerings in the US

It charges quickly. With a 6.6 kWh onboard charger, it’s really simple to keep the battery topped off. And, it’s easy to visually check the progress with a series of 5 blue lights on the dash that progressively come on as the charge level increases.

Stealth mode. At first, the driving experience is surreal because one naturally expects the cacophony of sounds one normally gets from a vehicle of this type. In EV mode, the tires are clearly the biggest noise generator.

Range. The 16 kWh battery gives the Pacifica a really usable EV range. It’s easy to exceed the EPA rated 33 mile battery-only range. Without resorting to any extraordinary measures, it was possible to get  up to 38 miles of range before slipping into hybrid mode. And, that range can be monitored from an easy to read display.

Speaking of range, once that big battery is expended, at a combined 32 miles per gallon, there’s an additional 528 miles that can be covered.

Lots of room inside, and an optional moonroof!

There’s room and utility and luxury. The interior is stunning. The range topping Platinum tester came with beautiful light gray (almost white) Nappa Leather power seats that are both heated and ventilated. And, the seating comfort in the first and second rows is excellent with the third row still being a great place for kids. Speaking of kids, I’d opt for the black leather as the gray seems as if it would be rather prone to stains.

Other luxuries include a heated steering wheel, a massive panoramic sunroof with a smaller unit over the third row, and a 7 inch TFT touchscreen with Chrysler’s Uconnect system that incorporates and excellent sound system. Speaking of entertainment, there are two fold-up flat screen monitors with wireless headphones and remote controls for the second row.

You lose second row Stow and Go. That 16 kWh battery had to go somewhere and that somewhere is right where the second row folds into the floor on the traditional Pacifica. Is this a big deal? Only if you regularly use your minivan to haul sheets of plywood. Otherwise, if passenger comfort is top priority, this setup is actually a benefit because the second row no longer needs to fold and the non-folding seat is infinitely more comfortable. Pro or Con? It’s entirely based on how you use your minivan

Unknown reliability. This is a new drivetrain and it’s hard to gauge how well it will hold up. Chrysler’s minivans have, at least from a historical perspective, had troublesome transmissions. This model does away with their traditional transmission and replaces it with the eFlite EVT Transmission. Hopefully this unit will perform well.

The Guess O Meter is wildly inaccurate. The best way to keep abreast of state of charge is with the battery percentage readout on the dash. The range readout tends to fluctuate wildly...in a similar manner to the way the Ford Focus Electric did before the first software update. At one point, at 0 miles range, it stayed in EV mode for an additional 4 miles at freeway speeds. Other times, it indicated 23 miles, then 15 and then 18 all within one city block.

Feelings. There are so many feelings.

During my week with the Pacifica Hybrid, I was hit with a ton of feelings.  Among them were “Wow, this thing is huge”, “So easy to drive”, and “How do I convince my wife that we really need a minivan?” (we don’t). It’s really that impressive.

To many watchers, this minivan is a game changer. It’s a vehicle that can handle a large family and all their accouterments. And, it’s got some seriously green creds.

What stands out about the Pacifica Hybrid is this: For a soccer parent who runs errands that are sandwiched between morning and afternoon carpool duties, it’s possible to see a serious reduction in gasoline usage.

In fact, with access to Level 2 charging during idle moments, it’s possible to almost eliminate gasoline usage on daily basis. That’s a huge accomplishment. And, when that soccer parent eventually does need to refill, they won’t have missed using the gas pump and paying for gasoline. That means the next time they’re car shopping, they’ll be looking for something similar or better when it comes to EV capabilities. In this regard, this PHEV is a gateway drug.

It’s also much better than the standard Pacifica because it’s smoother, quieter and so much more efficient once it starts using gasoline. Once the EV range is depleted, a combined 32 miles per gallon is pretty impressive for such a large vehicle. Removing the much unloved traditional Chrysler transmission only sweetens the package. And, as a hybrid, it’s powerful and the ICE regularly shuts down and lets the electric motor do the hard work for a mile or two.

Then there’s pricing. Yes, this is not a cheap minivan by anyone’s standards. The range topping Pacifica Hybrid Platinum I tested came in at $47,885. However, it does qualify for the $7500 Federal Tax credit before any state incentives. And, if you can find one at the base price of $41,995, the tax credit makes it a serious bargain.

Chrysler has begun something big. Provided that reliability is at least comparable to the standard Pacifica, gaining so much in the way of efficiency and green credentials and combining them with a nice tax credit means that the competition has some serious work to do to catch up.