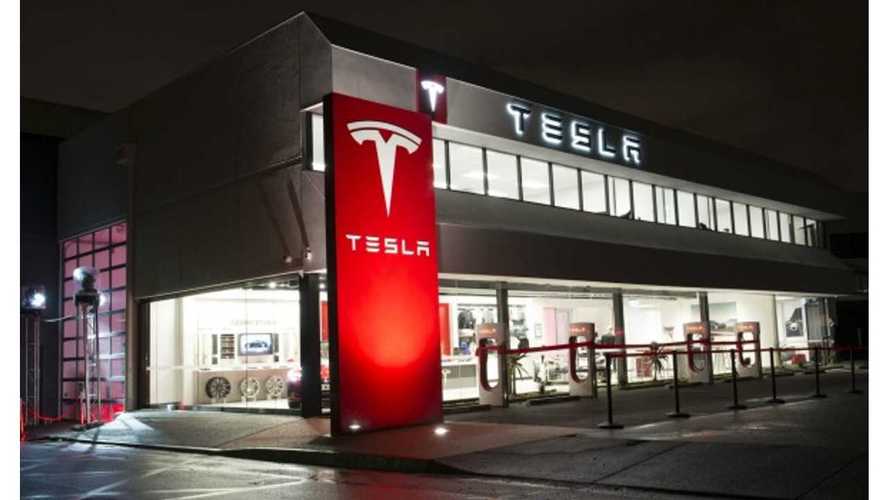 It's time to talk Tesla earnings...but also to get an update on the upcoming Model 3!

Earnings reports at Tesla have become a popular thing.

And not just because Tesla's market cap recently soared past the $50 billion mark, but because it is our best window into the disclosures and updates around the Tesla Model 3.

Tesla Model 3 expected to arrive in the second half of 2017, in volume for Q4

The market consensus was for an expected a loss of 82 cents a share heading into the report, on revenue of 2.55 billion.

In actual fact Tesla lost more than expected at $1.33 per share, but revenue came in higher at $2.7 billion.

Operating expenses were up $224 million sequentially.

Behind those numbers Tesla pointed out that the results reflected a full quarter of SolarCity's operating expenses, and also $67 million of non-recurring charges related to acquiring SolarCity and Grohmann, as well as the wind-down of work for Daimler.

Tesla says its up to $4 billion in cash reserves ("the highest level of cash we have had at quarter-end in our history"), after raising $1.22 billion during Q1 between share and convertible note sales.

Last month, Tesla estimated it sold just over 25,000 EVs during Q1, which was higher than expectations. Now, with this report we get to see the specific results of the January to March period, with Tesla confirming that 25,051 were sold.

"Based on our current order and production rates, our first half outlook remains unchanged at 47,000 to 50,000 deliveries, which represents 61% to 71% annual vehicle delivery growth."

No need to bury the headline, as the question on everyone's mind was answered very clearly.  Tesla is on track to begin Model 3 production as promised this July.

Update from conference call:  Obligatory question on Model 3 reservation status/backlog is asked. Musk takes the bait...at least a little bit, says that it "continues to climb week after week".  (The last official count was from May 2016 when 373,000 were noted, and later it was disclosed about 8,000 of those were cancelled)

Further to the development and preparation of the Model 3, Tesla gave this expanded statement, as well as underlined earlier 2017 production guidance:

"Model 3 vehicle development is nearly complete as we approach the start of production. Release Candidate vehicles, built using production-intent tooling and processes, are being tested to assess fit and finish, to support vehicle software development and to ensure a smooth and predictable homologation process. Road testing is also underway to refine driving dynamics and ensure vehicle durability.

We recently powered on our newest Schuler press line, and have started the commissioning process. This will allow sufficient time to install and tune die sets ahead of volume production. Paint shop preparation has been completed and installations of our dedicated Model 3 body welding and general assembly lines are progressing well. Equipment installation is also underway for volume manufacturing of cells, modules, battery packs and drive units at Gigafactory 1. We are working closely with all Model 3 suppliers to ensure their readiness ahead of start of production."

Update from conference call: The Tesla is asked about the progress on automation for the Model 3 as compared to peers.  Musk says that the automation on the Model 3 will be about equivalent to other "high-volume" offerings on the market, but that the next generation of EVs will be better.

Of note: the "Model Y" is given a rare reference, with Musk saying a "really big change" will be undertook with the company SUV - without further detail.

Update from conference call (2):  Check that last comment, a further question on the Model Y is asked, and Musk offers that aspirationally it would appear "at the end of 2019"

Update from conference call (3):  Was there a memo to for all the analysts to talk Model Y?  Someone asked about the production line for the Y, and if it will be built on a different platform that the Model 3.  We expected no answer, or one in the affirmative...but got neither, with Musk saying that "yes" it will be a different platform.  Can this be accurate in the truest definition of platform sharing?  Hard to say, we think not.

The Tesla Model S is (and will be) the superior offering over the Model 3...but Tesla isn't quite sure its customers understand that

The Tesla Model 3 is not a new/better Model S

During its Q1 report, Tesla took great pains to detail concerns of its customers believing that the Tesla Model 3 was a superior product to the exiting Model S.

The company went as far as to say that the Model S will always have more range and acceleration than the 3, as well as more luxury options; but that the Model S, X and 3 will be equal when it comes to Autopilot.

"Moving past Q2, particularly as Model 3 becomes available, one of our challenges will be to eliminate any misperception about the differences between Model S and Model 3.

We have seen a belief among some that Model 3 is the newest and more advanced generation of Model S. This is not correct. Model S will always have more range, more acceleration, more power, more passenger cargo room, more displays (two), and more customization choices, and Model S, X and 3 will all have equivalent Autopilot functionality. We will continue to clearly communicate these distinctions to avoid any misperceptions."

Update From conference call:  Musk says he is optimistic about the future, also comments (when asked) on Tesla's upcoming Semi-Truck project, says it will defy expectations, and that it is a "cool product".

Says that everything in the transportation segment will go fully electric ("no easy away around Newton’s third law), with the notable exception of...drum roll, rocket ships.

Tesla says that ahead of the launch of the Model 3, it is now "significantly expanding" the infrastructure behind future owners of the less expensive EV, and that repair wait times are already down 35% in 2017.

In total, Tesla is aiming to "add nearly 100 retail, delivery and service locations globally", this would roughly increase the company's worldwide footprint by about 30%.  The company is also adding 100 mobile repair trucks.

"Delivery hubs create an exciting reception for new customers and support much higher delivery levels, so we plan to expand this customer experience to more cities."

A common concern with the arrival of the Tesla Model 3 is Supercharging; specifically that many Supercharging stations are already quite busy...so more are needed.

"To advance electric vehicle adoption, we will continue to invest in charging infrastructure globally. In 2017, we expect to at least double the number of Superchargers and Destination Charging connectors globally to more than 10,000 and 15,000, respectively."

Also, the individual stall count at new stations in busy locations is set to rise:

"We intend to build larger sites along the busiest travel routes and broaden the number of charging locations in urban centers to make charging ubiquitous and convenient for everyone."

Tesla noted that it is taking the focus away from the growth of its solar business, and instead will be "deploying projects that have higher margin and generate cash up front", a plan we recently saw in action with SolarCity as the company is discontinuing door-to-door sales this month.

"Consequently, solar energy generation deployments in Q1 2017 declined year-over-year, but had better financial results. Furthermore, the portion of residential customers who elected to purchase rather than lease a solar system grew to 31% of deployments in Q1, up from 9% a year ago, improving the cash generation of this business."

On moving solar "in house" at Tesla retail locations:

"Recently, we tested sales of our solar and storage products in several Tesla stores, and saw sales productivity improve 50% to 100% relative to the best non-Tesla retail locations.

Based on these results, we are working towards fully staffing more than 70 Tesla stores in the U.S. and abroad with dedicated Tesla energy sales people over the next two quarters."

Update from conference call:   Lots of back-orders/demand for Tesla's Powerwall product, mostly due to an undisclosed manufacturing issue of late.

Tesla is set to start "pilot" manufacturing of its Solar Roof tile products next month at its Fremont facility, then the company states after validation, it will "transition to Gigafactory 2 in Buffalo, New York".

Earlier this week, CEO Elon Musk stated that 2 (of the 4) Solar Roof tiles would be delayed into 2018, but the other two would be made available by year's end.

While the company did not say it in so many words, we get the feeling they really have no clue how many deliveries in will make in the second half, or how well the Model 3 roll-out ultimately will go, something that was evident as Tesla tried to address the questions behind future sales:

"We will provide guidance on vehicle deliveries for the second half of this year after we have started Model 3 production in July.

Given that we will be ramping Model 3 production so quickly, as we’ve noted before, even a couple-week shift in timing can have a meaningful impact on total deliveries."

How did shareholders feel about the Q1 report?  Feelings were mixed to slightly negative, as the shares traded mostly unchanged for the first hour to down ~2% in extended after-hours action.  A real-time quote on TSLA can be found here.

Update from conference call:  Tesla CEO is asked about his feelings on a future market cap akin to Apple (~$700 billion).  Musk seems ok with the notion saying there is  “a clear path to that outcome”, although he adds that the sentiment "might" seem delusional.

And on that note, that will just about wrap up our coverage of Tesla's Q1 2017 report.  Have a good one everyone!