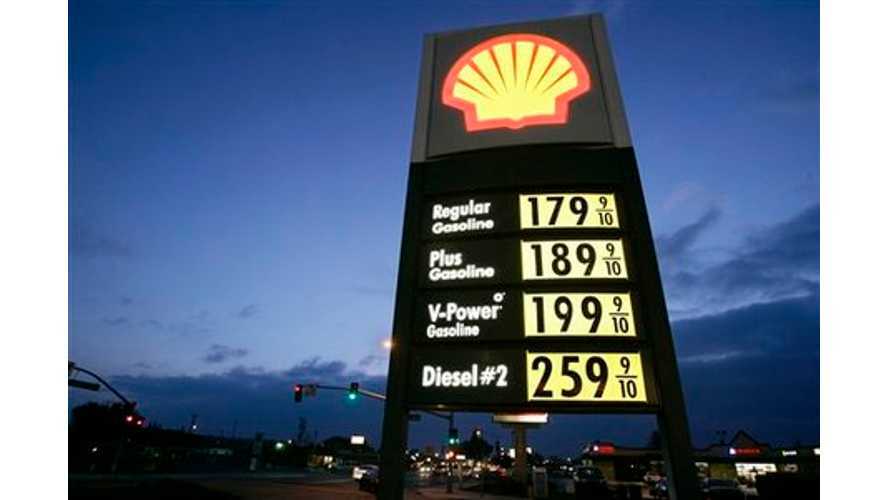 When Shell Oil executives start driving an EV, it must be a sign of the times.

At this point, it would come as no surprise if an executive from a major oil company was seen in a Tesla. As we have already reported on numerous occasions, the oil industry is well aware of the imminent growth of the electric vehicle segment. Some traditional gas stations like Shell and Total are already making plans to add EV chargers.

Well, the time has come. Royal Dutch Shell CEO, Ben Van Beurden, has no issue with publicly sharing that he's planning to buy a Mercedes S 500 e (aka S550e). Actually, according to a Shell spokesperson, he will be trading in a diesel model to upgrade to the plug-in next month in September. Van Beurden knows all about global warming, and it's something that troubles him. He told Bloomberg TV (via Autoblog):

The BMW i3 is one of the most energy-efficient vehicles available today.

"The whole move to electrify the economy, electrify mobility in places like northwest Europe, in the U.S., even in China, is a good thing. We need to be at a much higher degree of electric vehicle penetration — or hydrogen vehicles or gas vehicles — if we want to stay within the 2-degrees Celsius outcome."

As most of us are probably already aware, the S 500 e is hardly an "emissions-friendly" vehicle. It's still a high-performance gas guzzler at heart, but with a plug to smooth out the edges (58 MPGe, up to 12 mile of all-electric range according to the EPA). But it's the principle behind it right?

Additionally, the Shell spokesperson revealed that the company's CFO, Jessica Uhl, drives a BMW i3. Now we're talking. The i3 is one of the most energy-efficient vehicles on the road today.

Shell, along with other oil companies are making plans for the shift away from fossil fuels. Of course, they will continue to push hard to keep their businesses thriving, but they're smart to have alternatives in mind for the future. For instance, Shell spent $53 billion to purchase BG Group and expand into the natural gas market. That move rocketed the oil company to the second-largest energy company in the world. Some oil industry executives attempted to convince President Trump to stick with the Paris climate agreement. Beurden continued:

"If policies and innovation really work well, I can see liquids peaking in demand in the early 2030s and maybe oil will peak a little bit earlier if there's a lot of biofuels coming into the mix as well."