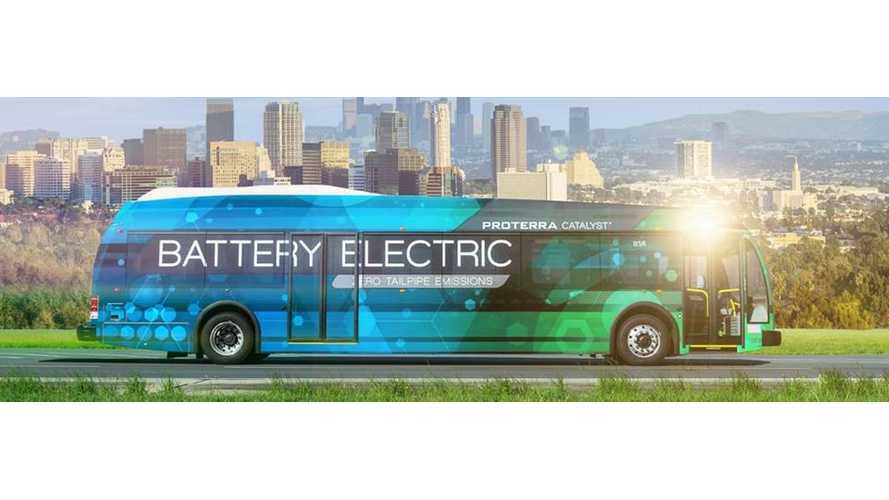 The new factory is the company's second after the Greenville, South Carolina assembly plant, where Proterra already has produced and delivered more than 100 electric buses (out of more than 400 ordered).

The "state-of-the-art" manufacturing facility in Los Angeles County have capacity of up 400 buses annually. By the end of 2018 will employ 100 assembly workers (70 by the end of 2017).

For Proterra, increasing the scale of its business could be game changing, and a handy pricing and profitability advantage if the rumored IPO will come to fruitionin 2018.

"With transit agencies across the country committing to zero-emission battery electric bus fleets, and Proterra leading this mass-market shift, 2017 will continue to be a critical year for ramping production to meet growing national demand. As the battery-electric bus market leader, Proterra is in a strong position to cement its manufacturing leadership in California, and support the state’s ambitious climate goals, help communities improve local air pollution, and create local high-tech manufacturing jobs."

The new Los Angeles County facility will benefit local economically distressed communities throughout the San Gabriel Valley, providing strong, long-term jobs in southern California’s emerging center of high-tech manufacturing. Proterra expects to have over 60 employees working in this facility by the end of 2017 and close to 100 employees by the end of 2018, building upon its already diverse workforce. Partially funded by a grant from the California Energy Commission, the 100,000 square-foot facility has the capacity to manufacture 400 buses annually.

Proterra’s facility is also in close proximity to its first customer, Foothill Transit, which serves 22 cities from downtown L.A. to the east, and is currently operating 17 of Proterra’s electric buses, with 30 more Proterra Catalyst® E2 buses on the way. Foothill will be the first transit agency to receive the new Catalyst E2 buses that roll off the assembly line this summer."

"To date, Proterra buses across the United States have completed over 3.5 million miles of revenue service, displacing more than 900,000 gallons of diesel, and eliminating over 13.7 million pounds of carbon emissions."

“In order to achieve California’s climate goals, we need more electric cars, trucks and buses on the road. Manufacturing these electric buses in California creates good jobs and cleans up the air,”.

“As car culture wanes and more communities embrace 21st century, multi-modal transit, California has a unique opportunity to lead the country in this market transition. We are grateful for Governor Brown and the state’s support as we work to modernize and decarbonize transportation for all.”