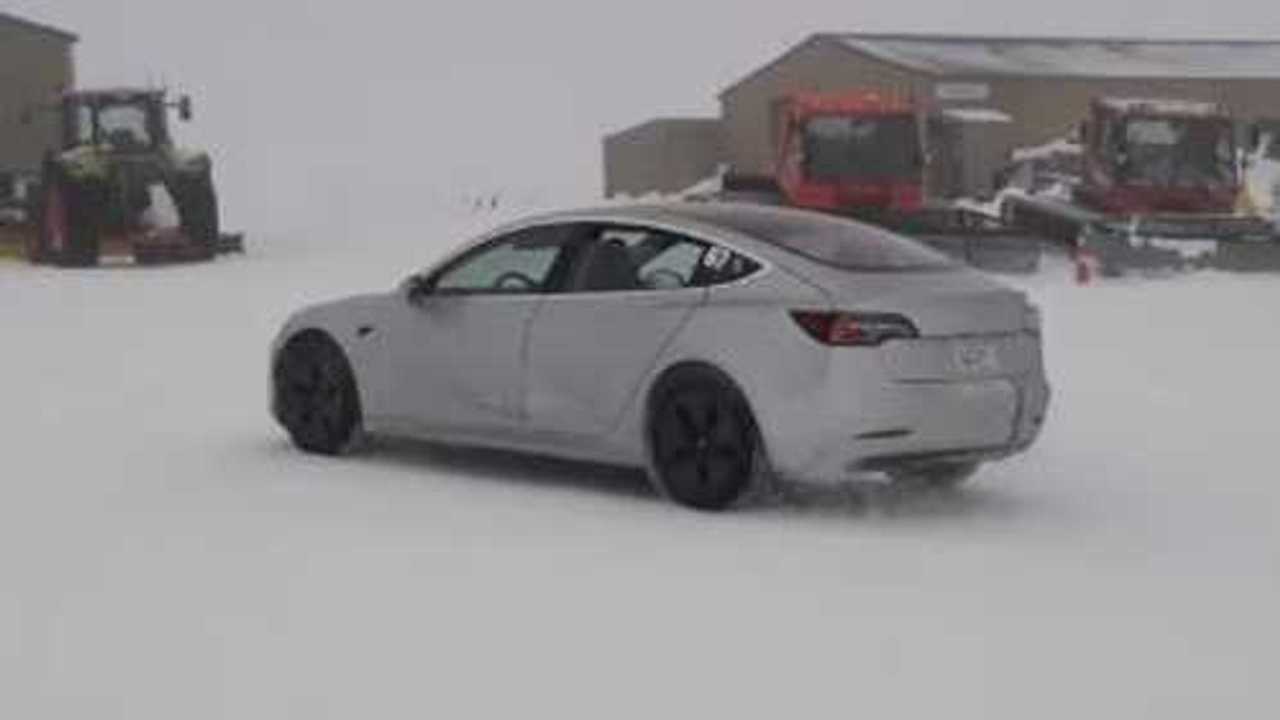 It's summer time in the U.S., but over in New Zealand it's winter and that's why some Tesla Model 3s we're shipped there a month back.

As we predicted, Tesla sent some Model 3s to New Zealand for winter testing. These Model 3s (there's believed to be two of them) were spotted "in a not so secret location here in New Zealand," according to Ecotricity.co.nz.

In the video you'll notice that the two left-side doors of the Model 3 are rather banged up. Ecotricity thinks this is the result of some all out slides gone wrong. At least Tesla is pushing the 3 to and beyonds its limit in the snow.

Meanwhile, back in the U.S. tonight's the big reveal for the Model 3. Elon Musk recently posted video of the handover area being setup by team Tesla.

The event itself officially starts at 7 PM Pacific time (10 ET) for those lucky enough to be invited (details from the invite here), so there will be nearly a two-hour window between the start of the event and the actual handing over of Model 3s.

During that timeframe, we expect Tesla execs to take to the stage, leading up to the appearance of Tesla CEO Elon Musk and eventually to full reveal of the Model 3.  Officially, on the invite it states “remarks will beginning at 9pm.”

We’ll be on the scene for the event tonight from when the doors open at 7PM, as well as livestreaming the event here around 8:45PM, so check in with us as the action unfolds in real time.