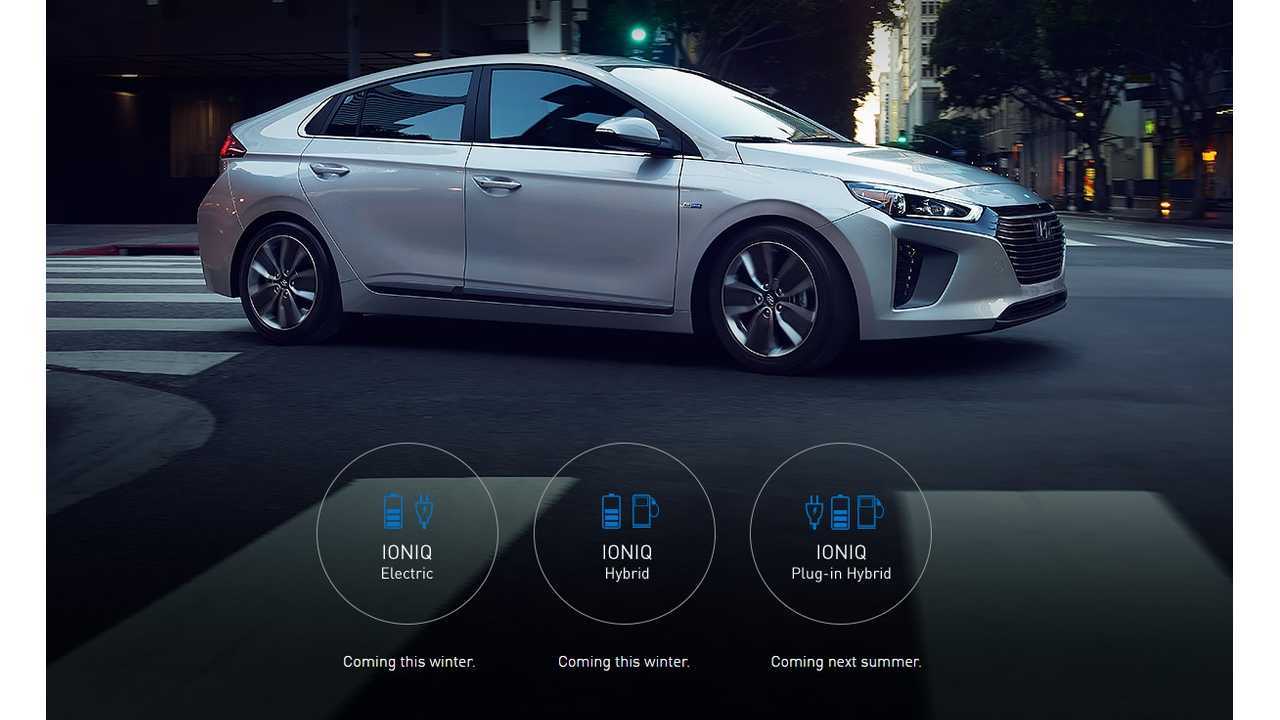 Hyundai spokesman Jim Trainor revealed to Autoblog that the U.S. debut of IONIQ Electric (and also conventional hybrid version) will be held by the end of February.

Without any surprise, California is to be primary market.

Hyundai already sells the electric IONIQ in South Korea and in some European countries.

Early reviews of the IONIQ Electric seem to agree that it is a pretty decent BEV offering, and that almost everyone is already looking ahead to the longer range, ~200 mile edition that the company has promised for 2018.