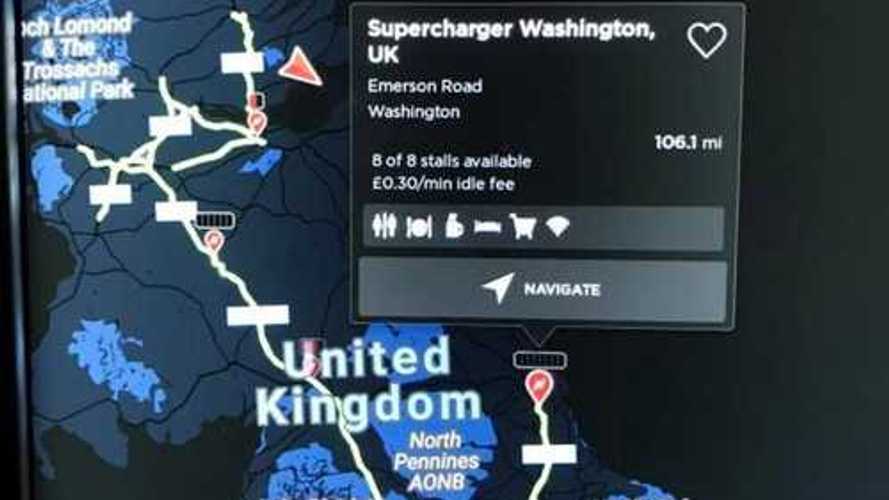 @elonmusk Is this a widespread release? I haven't seen any reporting on it pic.twitter.com/2fH1clwLfW

Tesla has made several efforts as of late, to help curb the problem of Supercharger availability (which will compound exponentially as the Model 3 hits roadways). Now, the company is making real-time Supercharger occupancy available to drivers, via the in-car touchscreen.

The company's first efforts - aside from expansion and continually increasing the current network - included setting up a text-based service that alerted users when their Supercharging was complete. Musk took this a step further by adding a system that causes Tesla drivers to incur monetary penalties if they don't move their vehicles out of Supercharger spots, once charging is completed.

Since Tesla has the ability to monitor activity at all Superchargers, it only makes sense to provide this information to vehicle owners. It lessens the hassle associated with leaving the course of a trip to charge their vehicles, only to find out that they wasted time and range traveling to a Supercharger location that is full or experiencing an extended wait.

The update happened last month as part of version 8.0, but drivers are just beginning to see it activated now. The map shows the number of chargers at each location and how many are occupied. If an intended location is occupied, the user can simply zoom out on the touchscreen map and search for other options. As with all of Tesla's over-the-air updates, more Supercharger-related "ease of use" features are to be expected.

Now that Tesla is charging for Supercharger access, coupled with the fact that the company intends to be putting a half million vehicles on the road per year starting in 2018, customers have a growing expectation. One of the most substantial concerns related to EV adoption, other than range anxiety, is excessive charging time.