Tesla Will Retool Factory For Model 3 Production This Month 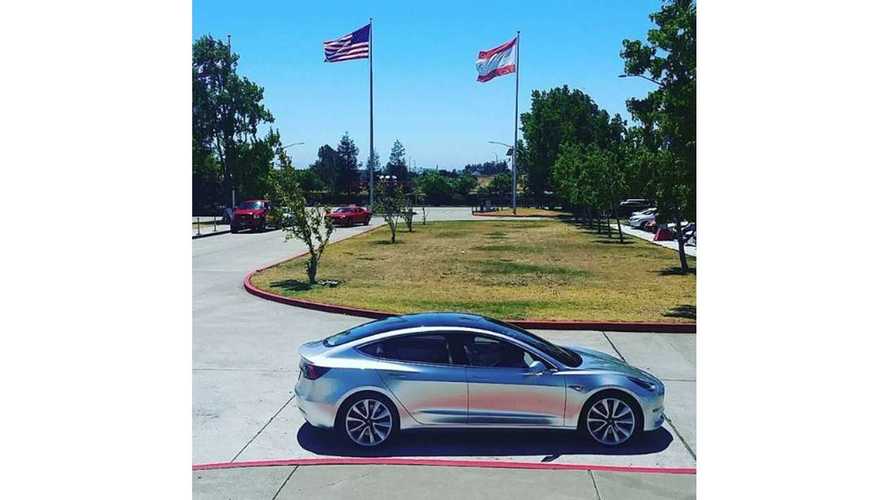 Tesla will briefly shut down the Fremont Factory to prepare for pilot production of the Model 3.

We were already aware that Tesla would have to pause current production temporarily, in order to facilitate a revamp for Model 3 production. Now, the company has publicized a more official plan.

Later this month, Tesla will halt Model S and X production for a week to set the factory up for the preliminary stages of Model 3 production. A Tesla spokesperson said that the retooling would entail expansion of the paint shop and other general maintenance, and that first quarter numbers wouldn't be affected, since Tesla scheduled extra production days to make up for the anticipated loss. He added:

"This will allow Tesla to begin Model 3 production later this year as planned and enable us to start the ramp towards 500,000 vehicles annually in 2018."

This marries nicely with the other recent announcement, via Reuter's, that Tesla will begin Model 3 pilot production on February 20th. Many analysts remain skeptical that Tesla will be able to pull off its lofty production goals, but announcements such as these are an indication that plans are moving forward. Tesla shares are quickly increasing, and the February 20th pilot production date was likely chosen so that the company can share the news with shareholders two days later, when fourth-quarter results are revealed.

Tesla reported that it had 373,000 pre-orders for the Model 3, at the highest point. Since then, no additional information has been disclosed. To put it in perspective, the U.S. saw just over 84,000 all-electric (BEV) sales for 2016, and again, Tesla plans to manufacture 500,000 vehicles annually after 2018.

In the end, the company has made it clear that the timeline will come down to the success of its slowest suppliers. Tesla has already developed a reputation for pushing suppliers, and not settling if work is not up to company standards. Suppliers have to work quickly and assure top quality, or Tesla will find another option. This situation can become complicated if Tesla designers make last minute changes, or if secondary supplier options aren't available at the last minute.

Musk has assured on numerous occasions that the Model 3 design is finished and that the car will prove simple to build. He learned his lesson after getting in over his head with the "whizbang" associated with the Model X. Another source close to the matter told Autonews that Model 3 tweaks are still underway, however, this is not necessarily uncommon in the final stages of vehicle development.

At this point, as we watch everything unfold, it is really just a matter of time before we know if Tesla can pull off this epic feat.