Report: Tesla To Start Pilot Production Of Model 3 On February 20 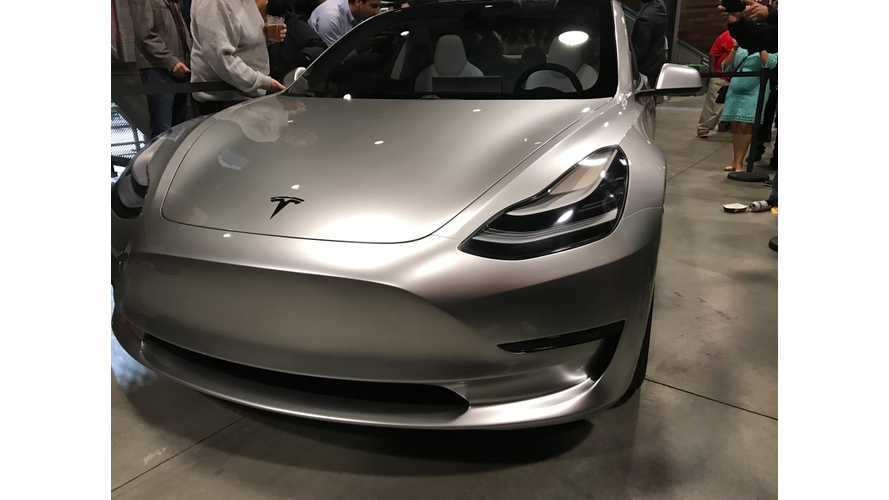 News is just now breaking (via Reuters) that Tesla will start pilot production of the Model 3 on February 20, after Tesla earlier reported that it will pause production at its Fremont factory this month to add capacity to areas like the paint shop for the upcoming Model 3.

Reuters cites "people familiar with the matter" as the source of the leak on the pre-production start.

"Tesla Inc has told suppliers it planned to begin test-building its Model 3 sedans on Feb. 20, according to people familiar with the matter, a move that could allay concerns about the company meeting its target to start production in July."

Tesla will likely start to produce only a small amount of Model 3s in February. The vast majority of these vehicles will see extensive internal testing, nothing more.

If pilot production does indeed begin later this month, then perhaps Tesla can remain on track for Model 3 deliveries to begin later this year (Tesla's 'best case' target was earlier set by CEO Elon Musk for July 2017) in the U.S.

"Our ramp-up in production moves as fast as the slowest and least lucky supplier."

A rather odd statement. That's for sure. Is Tesla really trying to place all responsibility on suppliers?

If Tesla hits the February 20 target, then just 2 days later it will share the big news with investors when it reports Q4 earnings. As Reuters reported:

"What better way to stoke the fan base and Wall Street than to wheel out pre-production models" ahead of the earnings announcement, said one person familiar with Tesla's plans who spoke on condition of anonymity.

Long term, Tesla hopes to produce some 500,000 Model 3s, Model S sedans and Model Xs per years starting from 2018. That goal seems highly optimistic, but we'll hold off on saying it's impossible for now.