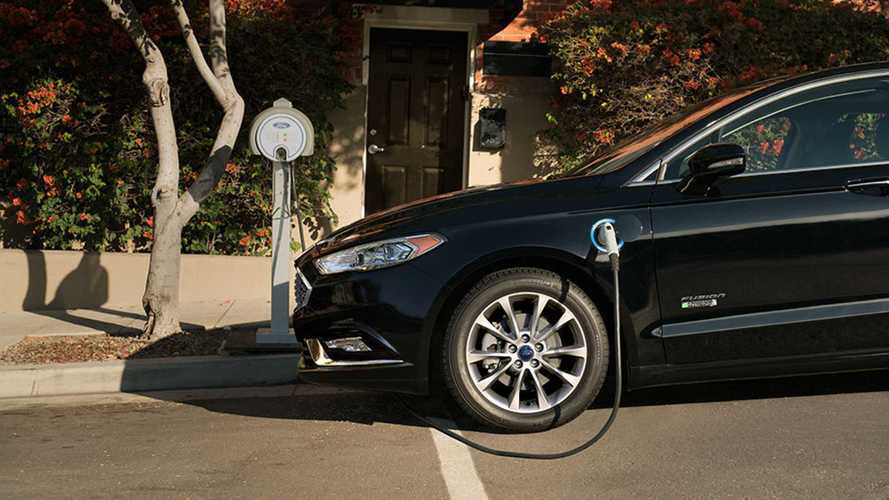 Last year Ford delivered 23,895 Fusion Energi and C-Max Energi models.  That result translates to a 38% gain from the 17,341 moved in 2015, and just bests the overall average gains of the plug-in market in the US (which was up 37% - check our monthly scorecard for all the data here).

Ford notes that New York sales of the Fusion Energi were exceptionally strong in 2016, more than doubling (103%).

The importance of Fusion to Ford, especially on the coasts, cannot be overestimated. Sales of Fusion Energi have more than doubled in greater New York, with retail performance up 104 percent in 2016. New York ranks as the third best-selling region for the car, behind only Los Angeles and San Francisco.

Ford ended 2016 with a record 17 percent share of the electrified vehicle market, up 3 points over 2015. Toyota, which lost about 3 points, now stands at 53 percent, down from 56 percent. This comes despite Toyota having launched a new Prius model last year."

By 2020 Ford intends to electrify 13 models. One of them will be all-electric SUV with at least 300 miles range and plug-in hybrid Transit Custom (Europe only).

"In January, Ford underscored its $4.5 billion investment to electrification, and this surge in Fusion Energi sales is just the latest example of the company’s commitment to have 13 electrified vehicles in its product portfolio by 2020. These include a fully electric SUV with anticipated range of at least 300 miles for North America, Europe and Asia, and a Transit Custom plug-in hybrid for customers in Europe.

Ford’s electrification strategy is focused on its strengths – electrifying the most popular, high-volume products in the lineup, including trucks, SUVs, performance cars and commercial vehicles to make them even more efficient, capable, productive and fun to drive."