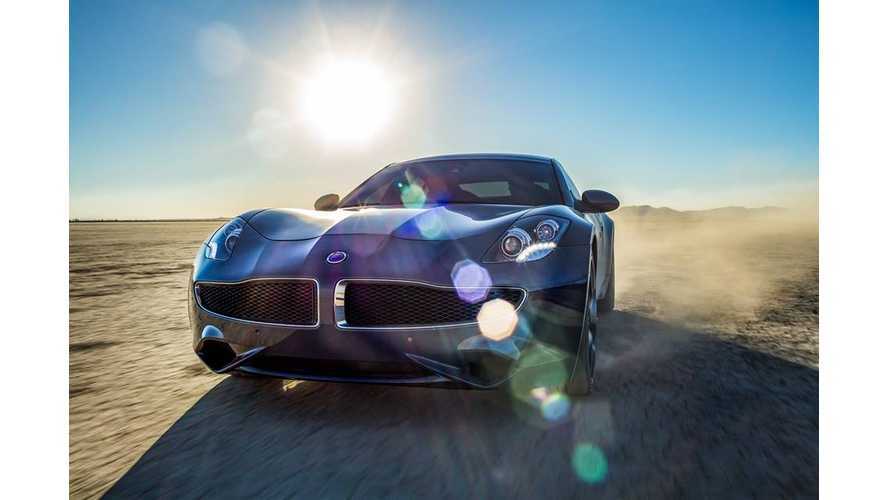 Only slightly behind schedule, the first of the $130,000 Karma Revero plug-in hybrids will be delivered later this month.

In anticipation, Karma Automotive has released its first-ever TV spot, which aired this past weekend on CBS during the 2017 U.S. Open Polo Championship (Karma is a sponsor of that event). There's not a lot to see in the ad, but since it's called "Delivery" and shows – what else – scenes of the PHEV being delivered in California and Florida, you can probably guess what the main message is.

"The spot marks the rebirth of one of the most honored silhouettes in automotive history. We felt this moment in time deserved to be recognized."

The Karma Revero is the refreshed, renewed version of the Fisker Karma plug-in hybrid. Karma Automotive bought the remains back in 2013 and has spent the intervening years talking to Fisker owners and coming up with a plan to update the car for a new era. Part of that plan includes building some units in California – mostly hand-built there – and then a bigger factory in China to make most of the new cars. We haven't been able to drive the new version yet, but with deliveries happening soon, we look forward to getting behind the wheel before too long.

Last year, Karma Automotive said that Revero deliveries would start in the first quarter of 2017, with a sales target of 900 or so for the first year. A little over 2,000 of the original Fisker Karmas were sold while that car was available. May is, of course, in the second quarter, but those of us who have been following the electric car scene for a fair number of years know that, in the grand scheme of things, a few months is nothing.

Watch the ad below.